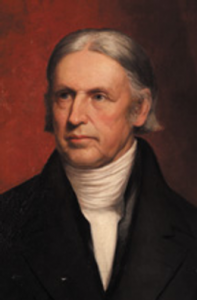 1816 – The Second Society of Universalists was incorporated in Boston in order to attract Hosea Ballou as the minister. The congregation erected a large brick building at a cost of $22,000, which became known as the School Street Church, and dedicated the building on October 16, 1817. Ballou, known as the “father of American Universalism,” had become a Universalist at age 19. Read more about Hosea Ballou.