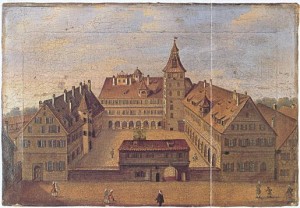 The Univeristy of Altdorf

1595 – George Ludwig Leuchsner entered the University of Altdorf. He later became a leader of the Socinians in Poland and Germany. In about 1616, under government pressure, he denied having been a Socinian, after which there are no further records of his life or work.