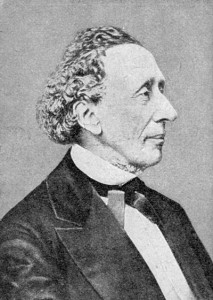 1875 – The famous Universalist storyteller Hans Christian Andersen died at Rolighed, Denmark, at the age of 70. A successful novelist and poet, Andersen is best known for fairy tales such as “The Little Match Girl,” “The Ugly Duckling,” and “The Snow Queen.” In 1842 he wrote The True Story of My Life. Andersen’s poetry won him the patronage of King Frederick VI of Denmark.