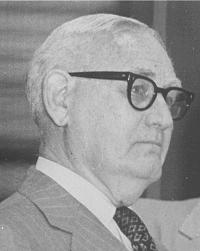 1911 – Kenneth Leo Patton was born in Three Oaks, Michigan. He was a Unitarian minister in Madison, Wisconsin, from 1942 to 1948 and served in the Charles Street Meeting House (Universalist) in Boston from 1949 to 1964. A leading influence in Universalism, he wrote A Religion for One World, and helped edit Hymns for the Celebration of Life, which contains many of his own hymns. In 1986 the Unitarian Universalist Association bestowed him with its Distinguished Service Award. Read more about Kenneth Leo Patton.