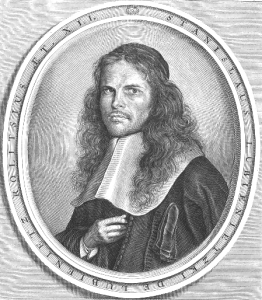 1623 – Stanisław Lubieniecki was born in Rakow, Poland. He was a learned Polish knight but relinquished his place at court to become a Unitarian minister. As Polish civil magistrates began their persecution of his religion, Lubieniecki devoted many years and much of his money to finding safe havens for his parishioners. He also created and preserved the most extensive accounts of major meetings and personalities of Polish Unitarianism.