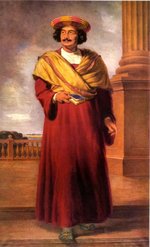 1828 – The Brahmo Samaj, a movement in Hindu similar to Unitarianism, held its first worship meeting. Many Indian historians consider its founder, Rajah Rahmmohun, to be the “father of modern India.” Read a biography of poet Rabindranath Tagore, who was also influenced by the Brahmo Samaj.