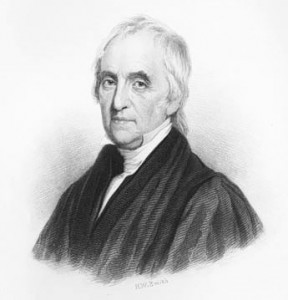 1839 – Aaron Bancroft, a Unitarian Christian minister and the first president of the American Unitarian Association, died at age 84. Despite a Calvinist upbringing, he decided on liberal ministry and was invited to candidate at First Parish (Unitarian) in Worcester, Massachusetts, where he failed to secure sufficient votes. The liberal minority withdrew to worship under his care at the Second Congregational Church in Worcester. Bancroft was a champion of Unitarian Christianity and religious liberty. He also wrote The Life of Washington (1807). Read more about Aaron Bancroft.