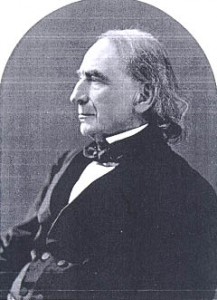 1794 – James Walker was born in Woburn, Massachusetts. He received his A.B. from Harvard University in 1814 and graduated from Harvard Divinity School in 1817. He was the Unitarian minister at Harvard Church in Charlestown, Massachusetts, from 1818 to 1839 and helped form the American Unitarian Association in 1825. Walker also edited the influential Christian Examiner from 1831 to 1839, and taught religion, philosophy, and civil polity at Harvard from 1839 to 1853. In 1853 he took over as president of Harvard. Read more about James Walker.