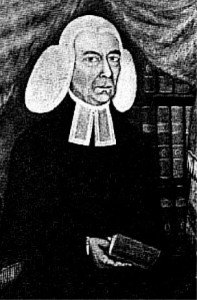 1696 – Ebenezer Gay, considered to be the first Unitarian minister in the United States, was born. His ministry at the Old Ship Church in Hingham, Massachusetts, lasted for 69 years. Gay lectured widely and received many honors, including a D.D. degree from Harvard. He is often called the “father of American Unitarianism.” Although he remained loyal to Great Britain during the Revolutionary War, he was admired by John Adams for his gentle demeanor and religious tolerance. Read more about Ebenezer Gay.