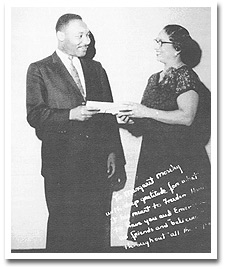 1901 – Margaret Moseley was born in Dedham, Massachusetts. She wanted to be a nurse but was refused by every hospital-nursing program in Boston because she was African-American. Moseley joined and became president of the Women’s International League for Peace and Freedom (WILPF). She was also a leader in the fight against McCarthyism in the 1950s. She served as president of the Community Church (Unitarian) in Boston. In 1965, Moseley marched in Selma, Alabama, to support voting rights for African-Americans. Read more about Margaret Moseley.