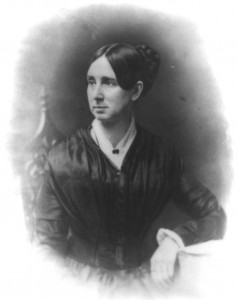 1802 – Dorothea Lynde Dix was born in Hampden, Maine. She was a teacher who wrote several school texts. She also worked for prison reform and founded the first public hospitals for paupers and the mentally disabled. The U.S. government appointed her supervisor of female nurses during the Civil War. She was instrumental in building 32 hospitals in the United States and Europe. She had strong Unitarian connections through her friendship with William Ellery Channing. Read more about Dorothea Lynde Dix.