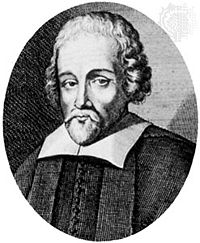 1579 – Faustus Socinus went to reside at Krakow, Poland, where he eventually became the leader of the Unitarian movement. Born in Sienna, Italy, his preaching incited the ire of the Catholics. A mob dragged him from his bed half naked, forced him to march through the streets, and plundered his library and furniture. This brutal treatment hastened Socinus’s death from illness. Many groups took the name Socinian after his death.