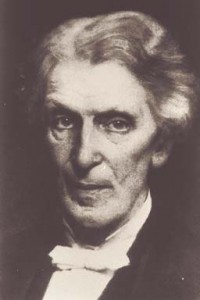 1805 – James Martineau was born in Norwich, England. He was an outstanding philosopher and Unitarian theologian, minister, and professor and principal of Manchester College. His book The Rationale of Religious Enquiry (1836) argued for reason as superior in authority to the Bible. He published such major works as The Seat of Authority in Religion (1890). Read prayers by James Martineau.