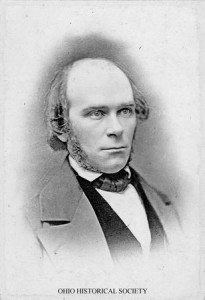 1841 – Theodore Parker preached his best-known sermon, “Discourse on the Transient and Permanent in Christianity.” A member of the Transcendentalist Club and a friend of Ralph Waldo Emerson, the sermon added fuel to the Transcendentalist Controversy and angered many of Parker’s Unitarian colleagues, who banned him from their pulpits. Transcendentalists placed less emphasis on the Bible, miracles, and traditional Christian observances such as Communion. Parker then formed the Twenty-Eighth Congregational Society of Boston, preaching to crowds of up to 3,000. Parker defied the Fugitive Slave Law by taking escaped slaves to live in his home. Parker recorded that he wrote sermons with a loaded gun on his desk to defend these fugitives if necessary. Read more about Theodore Parker.