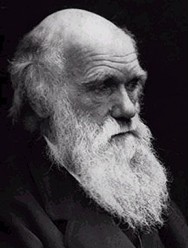 1858 – Charles Darwin presented his paper The Origin of Species to the Linnaean Society in London. He was descended from Unitarian families on both sides. In his youth he attended the Unitarian church in Shrewsbury, England. From 1831 to 1836 Darwin sailed as the official naturalist aboard the HMS Beagle. He published The Origin of Species by Means of Natural Selection (1859) with Alfred Russell Wallace, an epoch-making work.