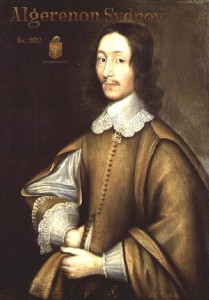 1683 – Algernon Sydney, age 61, was beheaded for attempting to create support to abolish the monarchy for a second time in England. He had played a principal role in the removal and execution of Charles I. He disliked all religious establishments and rejected the Trinity. Church historians such as Robert Wallace and George Dyer regarded him as a Unitarian Christian.