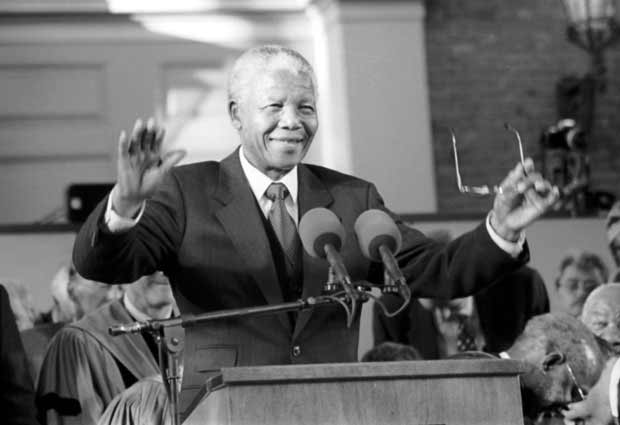 EYES ON THE PRIZE

Nelson Mandela has said “no” to Harvard before.

For years since Mandela’s release from prison and ascendence to the South African presidency, the University Marshal’s Office has tried to arrange for him to speak in Tercentenary Theatre on Commencement Day and accept an honorary doctorate.

Mandela was always too busy.

This time around, it was a newly created University initiative—not the promise of a degree—that brought the 1993 Nobel Prize winner to Cambridge today.

HCID, formed July 1, was created by HIID and the Kennedy School of Government to serve as a University-wide center for research on sustainable international development. The Emerging Africa Research Initiative was then established “to chart new policy directions through academic and policy relevant research,” according to Lisa D. Cook, development associate of the Emerging Africa Research Initiative.

The couple was “swayed by persistence,” eager to learn Harvard was “mounting a serious African research project here,” Botchwey said.

Botchwey, who served as Ghana’s finance minister for several years, said he worked with Machel, who is “active in development circles,” during his political life in Africa.

After Mandela and Machel agreed to attend what HCID had originally planned to be a “small ceremony,” Cook said, the University’s Board of Overseers jumped aboard.

Learning that Mandela’s trip to the United States would be his last as president, the University decided to reextend its long-standing invitation and hold a historic ceremony.

Botchwey said he thinks Mandela is doing the University a favor.

“The honor is Harvard’s,” Botchwey said. “He has enough of these awards.”

“It’s almost an understatement to say that Harvard is a very important educational institution in the world,” said Sheila Sisulu, consul general of South Africa in New York. “It means a great deal to us that we, South Africa, through him, receive this recognition. It makes it a great honor for us.”

Mandela last visited the United States in 1994, and last came to Boston in 1990, less than a year after his release from 27 years in prison.