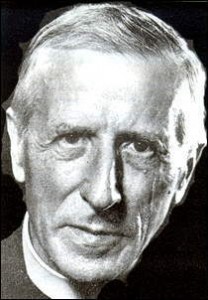 A contribution of great thought came from a priest who came to the shores of the United States in 1951 and died and was buried here in 1955. Pierre Teilhard de Chardin, the Roman Catholic paleontologist taught us new ways in which religion is related to science. He simultaneously expressed love of God and the world. Both the multibillion-year-old history of Earth and the evolving epic of the future of humanity led him to exclaim with joy, “We are moving!”

Indeed, Dr. Teilhard’s most important book, The Phenomenon of Man, is at once a scientific and religious classic interpreting the epic of the evolution of Power. This work is appreciatively introduced by a notable scientific humanist, Sir Julian Huxley, yet it has also been praised by some Roman Catholics as “the most significant achievement in synthetic thinking since that of Aquinas.” What lofty tribute to a man who was forbidden by his superiors to publish any more of his writings during his lifetime.