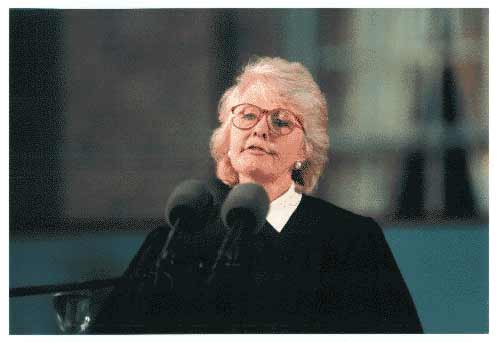 A native of South Africa, now Associate Justice of the Supreme Judicial Court of Massachusetts, which is the oldest court in the United States, operating under the oldest, still functioning constitution anywhere in the world

In 1967, as a South African student leader, I attended the funeral of Chief Albert Luthuli, great President of the African National Congress and winner of the Nobel Peace Prize. The funeral took place in a tiny church in Groutville, the remote village to which Chief Luthuli had been banished by the apartheid government. The site was surrounded by armed security police. The leaders of South Africa—those whom most South Africans wanted to lead them were not in attendance. They were in prison, or in exile.

Today South Africa is a democratic society where a written Constitution protects the liberty of every citizen. It is a great country, an inspiration for its continent and beyond. President Mandela has told us that the change was not the work of one man, and of course he would be right. But one man, with his dignity, his deep commitment to law, his love of learning, his rejection of revenge, made the difference.

President Mandela’s commitment to law: when he was convicted of sabotage, he spent the days in jail before learning whether he was to be sentenced to death, writing his exams for a law degree from the University of London. As a new society struggles to come to terms with its painful history, President Mandela has given crucial support to the written Constitution and its powerful Bill of Rights. He has rejected revenge. The light of his grace is a balm on open wounds.

Through his long struggle for freedom, the right of every person to learn, to think, to grow, has marked his leadership. Robben Island was his university, the stone quarry his classroom. He and his colleagues learned there to use intellect to temper grievance. Our university, the oldest in the United States, and the Court on which I now serve are symbols of those same revolutionary ideals upon which our republic was also founded.

President Mandela, you grace us with your presence here today. We honor you, that the spirit of your example may reawaken in us the values to which you have committed your life. As a community of scholars of many generations, from every land across our world, we honor you, and say, “hamba kahle,” “go in peace.”