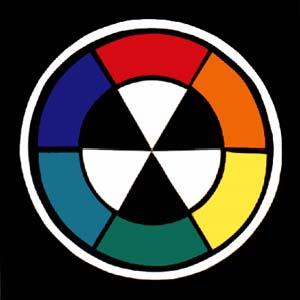 MAYA ANGELOU (1928- ). Author: I Know Why the Caged Bird Sings; The Heart of a Woman; The Collected Poems of Maya Angelou. Actress and teacher of modern dance. The 1st Reynolds Professor of American Studies at Wake Forest University.

ANONYMOUS PRAYERS are those for which the original sources remain unknown, the most familiar of these being in the selection here later titled Psalms.

AUGUSTINE (354-430). A formative force in Christendom for far more than a thousand years, the Bishop of Hippo’s autobiographical Confessions is a classic prayer of personal penitence and rejoicing.

A. POWELL DAVIES (1902-1957). Prayers by this Unitarian minister in the nation’s Capitol published as The Language of the Heart are illumined by the biographical anthology by William O. Douglas, Associate Justice of the Supreme Court of the United States: The Mind and Faith of A. Powell Davies. Read More…

MARIAN WRIGHT EDELMAN (1935 – ). The author of Guide My Feet: Prayers and Meditations on Loving and Working for Children is the founder and president of the Children’s Defense Fund, Washington, DC.

ARTHUR FOOTE II (1911-1999). Minister of Unity Church in St. Paul, Minnesota from 1945 to 1970; chairman of the Unitarian Universalists Association commission which produced Hymns for the Celebration of Life. Read More…

GEORGIA HARKNESS (1891-1974). Born in Harkness, New York, she taught at Mount Holyoke, Garrett Biblical Institute, and the Pacific School of Religion. In addition to her twenty books, she wrote a hymn, “Hope of the World,” selected by the Hymn Society of America for the Evanston Assembly of the World Council of Churches.

GERALD HEARD (1889-1971). Born in London and educated at Cambridge University, he lectured on history at Oxford and was a British Broadcasting Corporation commentator on science before coming in 1937 to California, where he established Trabuco, a religious community with an oratory, a place of prayer. Among his works are The Creed of Christ and A Preface to Prayer.

JOHN HAYNES HOLMES (1879-1964). The prophetic eloquence of this minister of the Community Church of New York correlated with his commitment as a director of the National Association of Colored People, the American Civil Liberties Union, and the All World Gandhi Fellowship. Read More…

FREDERICK LUCIAN HOSMER (1840-1919). He supplemented his Unitarian ministry in Cleveland, Ohio, St. Louis, Missouri, and Berkeley, California by his writing of hymns which gave lyrical expression to faith sung by congregations of many denominations. Few, if any, American versemakers have had so many of their hymns published.

JONALY JOHNSTONE (1955- ). Minister of the James Reeb Unitarian Universalist Congregation in Madison, Wisconsin, she previously ministered in Reading, Massachusetts after graduating from the Harvard Divinity School.

SÖREN KIERKEGAARD (1813-1855). The Danish philosopher-theologian focused his writings on an anti-institutional Christian existentialist question: what it means to be a Christian. The University of Chicago Press published The Prayers of Kiekergaard by Perry LeFevre.

DENISE LEVERTOV (1923- ). An American poet and essayist born in London. A nurse during World War II, she came to the United States in 1948. Now recognized as a major poet, she realistically describes starvation in Africa, war in Vietnam, and riots in the United States.

SAMUEL LONGFELLOW (1819-1892). The brother of Henry Wadsworth Longfellow was the author of poem prayers which are sung across the continent. When a student at Harvard Divinity School, he co-authored a Book of Hymns. Read More…

MANCHESTER COLLEGE, OXFORD UNIVERSITY. These prayers are from Orders of Public Worship: for Use in the Chapel of Manchester College, Oxford, the Unitarian Nonconformist theological school for the education of ministers.

JAMES MARTINEAU (1805-1900). This English philosopher and Unitarian minister exercised extraordinary influence as a preacher, writer, and educator whose works included not only The Seat of Authority in Religion but Home Prayers.

CAROLYN McDADE (1935- ). From the Womancenter at Plainville in Massachusetts, she creates songs of struggle for peace and justice and women’s empowerment.

NATIVE AMERICAN PRAYERS such as these exhibit a unified aesthetic, ethical, religious excellence worthy of comparison with those of other world cultures.

THEODORE PARKER (1810-1860). The Yankee Crusader against slavery and ignorance accompanied his prophetic Boston pulpit utterances with highly personal public prayers. Louisa May Alcott said, “Parker’s prayers were one of the strongest attractions of his church.” Read More…

FRANCIS GREENWOOD PEABODY (1847-1936). When he taught the first Harvard College course on social ethics, the students fondly called it, “Peabo’s drainage, drunkenness and divorce.” This minister of the First Parish in Cambridge who was an international pioneer in teaching social ethics once sent to friends, as a Christmas gift, Prayers for Various Occasions. Read More…

CAROLINE ROSE. “For the Nation” is one of the prayers by her published by the Standing Liturgical Commission of the Episcopal Church.

CHRISTINA ROSETTI (1830-1894). This English poet’s work appeared under the name of Ellen Alleyne. A High Church Anglican, she was shy and reclusive and passionately concerned about poverty, unemployment, and prostitution.

MAY SARTON (1912-1995). A novelist, poet, and essayist whose work was influenced by the ministry of Samuel M. Crothers of the First Parish in Cambridge, she received many awards, among them an honorary doctorate from the Starr King School of the Ministry in Berkeley, California. Read More…

SOJOURNER TRUTH (died 1883). Born a slave named Isabella, she is known as the most notable African American woman of the nineteenth century. Celebrated for her antislavery oratory and uncompromising devotion to women’s rights.

STARHAWK (1951- ). Author of The Spiral Dance, she (Miriam Simos) provides leadership of the Goddess movement. One of the founders of Reclaiming: A Center for Feminist Spirituality and Counseling. Member of the faculty of the Institute for Culture and Creation in Oakland, California.

JAN STRUTHER (1901-1953). Born and educated in London, her poems and prose were published in Great Britain and America. Her best known book, Mrs. Miniver, became a movie.

RABINDRANATH TAGORE (1861-1941). In 1913 the Poet of India was the first Asian to be awarded the Nobel Prize for Literature, providing high public recognition of his poem prayers.

TERESA OF AVILA (1515-1582). Mystic Spanish Roman Catholic nun who, insisting on a life of poverty, opened the first convent for Carmelite reform, which required utter withdrawal for contemplation and meditation. In addition to her spiritual writings, she founded seventeen other convents and was one of the first two women declared a Doctor of the Church.

TERESA OF CALCUTTA (1910-1997). A Roman Catholic nun who initiated work in the slums of Calcutta and established the Missionaries of Charity who provide shelter for the homeless and care for the sick in more than 500 missions worldwide. Though vigorously controversial in her opposition to birth control and abortion, she is widely admired for her work among the victims of leprosy and AIDS. In 1979 Mother Teresa won the Nobel Peace Prize.

HOWARD THURMAN (1900-1981). The professor and chaplain at Howard University became the co-founder of the interracial and international Fellowship Church in San Francisco before he became the Minister-at-Large of Boston University. The story is dramatically disclosed in his autobiography: With Head and Heart. Read More…

JACOB TRAPP (1899-1992). A Unitarian Universalist minister who served congregations in Salt Lake City, Denver, and Summit, New Jersey, he was the editor of Modern Religious Poems and author of the hymn, “Wonders Still the World Shall Witness.”

HERBERT F. VETTER (1923-2014). Minister at Large, Emeritus, of the First Parish in Cambridge, Unitarian Universalist, where he founded Cambridge Forum national radio and public television broadcasts and was a chaplain to Harvard University. Editor of Speak Out: Against the New Right and The Heart of God: Prayers of Rabindranath Tagore. Read More…

VON OGDEN VOGT (1879-1964). The ministry of this master liturgist is visible in stone in the architecture of The First Unitarian Church of Chicago adjoining the University of Chicago. He wrote Art and Religion and Cult and Culture and coedited Hymns of the Spirit and Services of Religion. Read More…

WALT WHITMAN (1819-1892). The revolution created by Leaves of Grass was first celebrated by Ralph Waldo Emerson when he spoke of the poems as “America’s most extraordinary piece of wit and wisdom.”