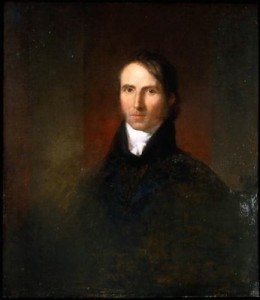 The text: “Prove all things; hold fast that which is good.”

There are two natural divisions under which my thoughts will be arranged. I shall endeavor to unfold first the principles which we adopt in interpreting the Scriptures. We regard the scriptures as the records of God’s successive revelations to mankind, and particularly of the last and most perfect revelation of his will by Jesus Christ.

Our leading principle in interpreting Scripture is this, that the Bible is a book written for men, in the language of men, and that its meaning is to be sought in the same manner as that of other books. We believe that God, when he speaks to the human race, conforms, if we may say so, to the established rules of speaking and writing.

I now proceed to state some of the views we derive from that sacred book, particularly those which distinguish us from other Christians.

We object to the doctrine of the Trinity, that, whilst acknowledging in words, it subverts in effect, the unity of God. According to this doctrine, there are three infinite and equal persons, possessing supreme divinity, called the Father, Son, and Holy Ghost. Each of these persons, as described by theologians, has his own particular consciousness, will, and perceptions They love each other, converse with each other, and delight in each other’s society. They perform different parts in man’s redemption, each having his appropriate office, and neither doing the work of the other.

I have thus given the distinguishing views in those Christians in whose names I have spoken. We have embraced this system because we regard it as purifying truth able to “work mightily” and to “bring forth fruit” in them that believe, because it tends to restore the benevolent spirit of Jesus to his divided and afflicted church.

We believe that there is one God, and one only. The Trinity subverts the unity of God.

We challenge our opponents to adduce one passage in the New Testament where the word of God means three persons.

We believe that God is infinitely good to every individual; not to a few, but to all; that Jesus was sent to effect a spiritual deliverancy of mankind.

We believe that he accomplishes this divine purpose by the light which he has thrown on the path of duty, as well as by his sufferings and death.

I have thus given the distinguishing views of those Christians in whose names I have spoken. We have embraced this system because we regard it as purifying truth able to “work mightily” and to “bring forth fruit” in them that believe, because it tends to restore the benevolent spirit of Jesus to his divided and afflicted church.