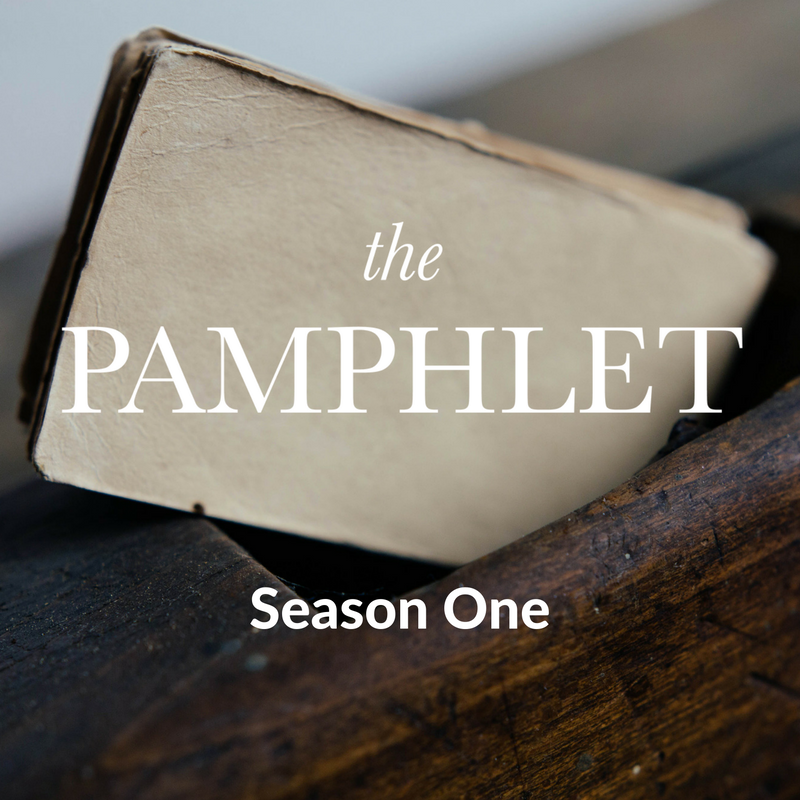 The Pamphlet Podcast was podcast a co-hosted by Rev. Dr. Susan Ritchie and Rev. Sean Neil-Barron in 2016-2017.  Together they uncovered the hidden histories of Unitarian Universalism.  The Harvard Square Library is pleased to offer an archive of those shows here.

Forget the Cambridge Platform!  Did you know that the codes that formed the onboard governance of pirate ships were based on the covenants of England’s congregationalist churches?

Beyond a doubt, the greatest effect that Unitarianism has had on American culture has been in transforming our attitudes towards death and dying.

UUs were accused of being Communists or Pinkos in the 1950’s? *Yawn* What could be less surprising than that.  But what if you found out that the head of the Unitarian Service Committee had been secretly passing on information to the KGB? What if you heard rumors that the editor of the main Unitarian magazine and the head of the UU youth movement (LRY) turned out to be a Soviet sympathizer who was using his position to advance a pro-Moscow line?  John Pamphlet hosts Sean Neil-Barron and Susan Ritchie as they interview amateur UU historian Joshua Leach about the history of UUs and Communism.  UUs were some of the first victims of the wave of paranoia and red baiting that swept across America during the early Cold War. To what extent were they merely innocent victims of this Red Scare. And to what extent were there, actually some, well, “Scary Reds” among the leadership at the time?  The investigation and debate continue…

For the past decades, the Flaming Chalice has become the undisputed symbol of Unitarian Universalism.  Yet is origin as the logo of the Unitarian Service Committee during its efforts to bring refugees our of occupied Europe obscures our vision of its history.  The question remains, how did this very flat, very one-dimensional logo become a very, very, three-dimensional mainstay of our worship life? Hosts Susan Ritchie and Sean Neil-Barron head to Oxford, Ohio, tracking down a lead in the first part of a multipart series on the (real) history of the Flaming Chalice.

Reheat some Puritan attitude towards food, add a dash of cultural imperialism, and mix in some newly burgeoning domestic science for a recipe for Unitarian pie. On this episode of The Pamphlet, we explore the role of science in Unitarian Universalism through beloved Unitarian businesswoman and culinary innovator Fannie Farmer.  Ever wondered if Jell-O or marshmallows had a Unitarian connection?  Wonder no more.

Does the true origin of the flaming chalice go back to 1949 in the eccentric mind of a far-out Universalist minister named Rev. Ken Patton?  Susan and Sean dive into this question and more as we climb aboard the Charles Street Starship and venue where no podcast has gone before!  P.S. Yes, there are a few Star Trek references in this episode.

The Origens of Universalism [Episode 8]

John Murray set sail from England in 1770 bound for the American Colonies, and by happenstance  brought Universalism to America, right? Many of us have heard this story but is the full, or even true, story?  In this episode of The Pamphlet Susan and Sean dive not the Murray story and unpack the hidden and not so hidden flaws in the traditional telling.

At the Meeting House: Ministry with HIV/AIDS [Episode 9]

Is healing possible when physical healing is not possible? When Rev. Lim. Crawford Harvie got her call to serve as minister to the Unitarian Universalist Meeting House in Provincetown, Massachusetts, she assumed it would be similar to the small-town church of her childhood.  Only a few days into her ministry Rev. Kim was thrust into a crisis that would come to dominate her ministry, the beginning of the HIV/AIDs crisis.  Rev. Kim tells some of the stories of her time in Provincetown and shares some of the lessons she learned from ground zero.

Rev. Athalia Irwin and Universalism in the South [Episode 10]

Rev. Athalia Lizzie Johnson Irwin was one of the first women in the American South to be ordained into the Universalist ministry. Serving churches across the country she pioneered creative ways to use print media for evangelical purposes.  In this episode Susan and Sean are joined by Gail Forsyth Vail, Adult Program Director at the Unitarian Universalist Association.

How did Unitarianism begin in North America, and why does any of it matter? Susan Ritchie and Sean Neil-Barron tackle how it was that Unitarianism, as the creation of  a separate denomination was not desired by our liberal forebearers, but nonetheless contributed to an important theological and ethical shift in religious life in America.  Plus, Susan shares how she really feels about Channing!

In this episode, Susan and Sean are joined by Betty Jo Middleton, religious educator extraordinary, as we almost solve the chalice capers.  Take a listen.