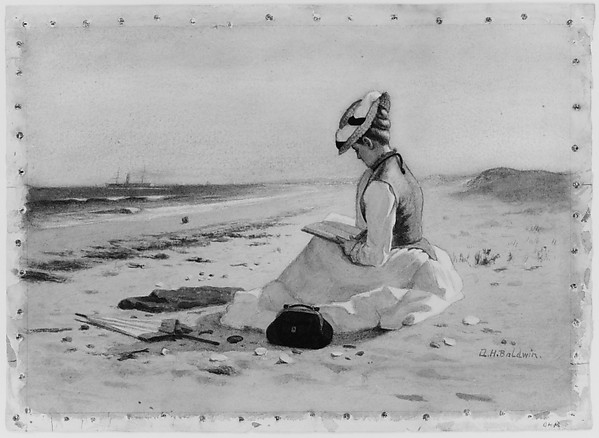 Unitarian Universalist author Michelle Hueven’s Jamesland explores the lives of three troubled souls, all associated with the Morton Unitarian Universalist Church. There is Alice, a descendent of the famous (Unitarian) psychologist and pragmatic philosopher William James; Pete, a chef, and Helen, the minister of the church. Alice is questioning her sanity after waking in the middle of the night to the inexplicable presences of a pregnant deer and her great-aunt in her living room. Pete also struggles with mental health issues, and Helen is deeply stressed out by the expectations of her critical congregation. In exploring questions about the nature of realty and the shifting boundaries between religious experience and mental pathology, the novel also serves as an extended treatment of the questions raised by William James himself. Read more about William James here.

May Sarton’s  The Magnificent Spinster. A memorial service at a Unitarian church inspires Cam, the narrator, to write the history of her deceased friend Jane’s life. After graduating from Vassar, she devoted herself to humanitarian work (including a stint volunteering with the Unitarian Service Committee). The early part of the novel, detailing Jane’s summers on the family’s private island, day picking berries, playing tennis, swimming in the ocean, and performing amateur theatricals, comprise an almost fantasy-like descriptions of summer ease. But while this novel concerns women of privilege, its explicit message is that life is a blessing, an original gift, in whose debt we remain. Sarton grew up as a Unitarian, found great support Unitarian Universalist circles, especially after she was ostraticized by others for coming out as lesbian. Read more about May Sarton here.

First published in Norwegian in 1887, Drude Krog Janson’s A Saloonkeeper’s Daughter was only recently released in English. This coming-of-age novel tells the story of Astrid Holm, forced by a family bankruptcy to abandon a comfortable life in Norway for a harsh new existence in Minneapolis. She struggles in both love and vocation until she finds her true calling as a Unitarian minister, and fulfills her longing for companionship with Helene Nielsen, a selfless physician to poor immigrants. Famously, 19th century novels featuring strong women end with either the death or marriage of the heroine. This work concludes with Astrid’s ordination! One of the real life historical figures we encounter in this work of fiction is the Rev. Jenkin Llyold Jones, who, just like in real life, was a valuable ally to women in ministry. Read more about Rev. Jones here  Read more about the real world of two pioneer Unitarian women ministers of the Midwest: read about Mary Safford here, and Rowena Morse Mann here.

Sena Jetter Naslund’s Ahab’s Wife, Or, the Stargazer, takes the ten meager sentences in Moby Dick devoted to Ahab’s wife and fleshes them out into a riveting account of one women’s life in the rapidly changing 19th century. The fictional Una meets many of notables of the day, including Margaret Fuller and Maria Mitchell. Asking serious questions about human nature, loss, and resilience, she explores both Unitarianism and Universalism along the way.  Read about Margaret Fuller here, and Maria Mitchell here.