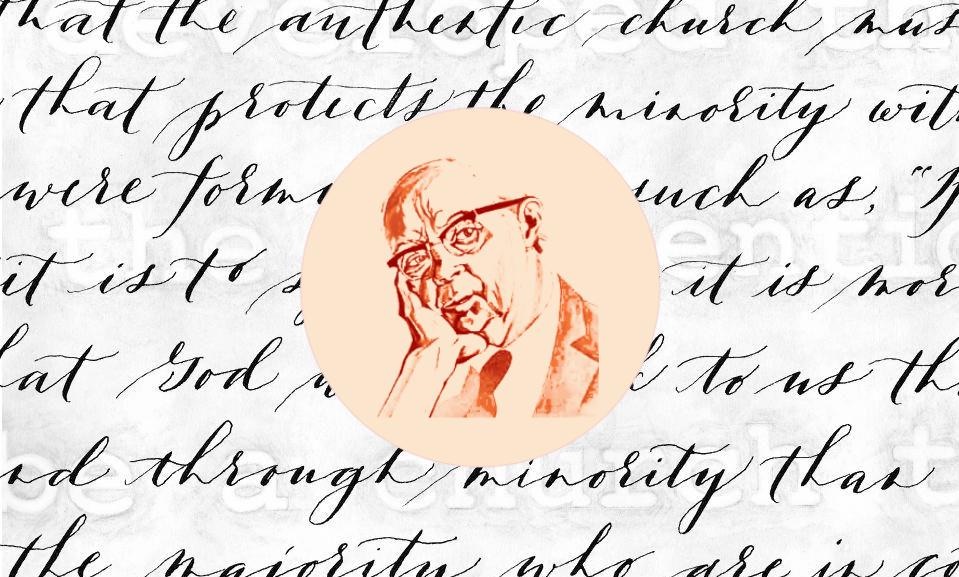 Writing a half century ago, James Luther Adams might as well have been speaking of the current day when he wrote in his essay on American pluralism that that “our situation today is fraught with danger, readily evident in the appearance of the ‘confrontation politics’ that rejects normal political methods” (click here for the full essay).  For “JLA,” returning to the core concept of covenant, with some important additions relevant to 20th century political practice, was the best means of renewing the ethical commitments of democracies inside and outside of the churches.  Indeed, Adams, along with the venerable Conrad Wright, was responsible for reacquainting an entire generation of Unitarians and Unitarian Universalists with the practices of covenant and covenanting (click here to learn more about Conrad Wright’s legacy).

Congregational polity replaces the authority of bishops or tradition in the establishment of the church with the promises of its members for mutual care and attention to each other and matters of ultimate concern–the covenant.  As such, it is an outgrowth of the radical wing of the Reformation, the one that sought corrections not just to doctrine, but to the political organization of the church.   JLA’s distinctively modern approach to this inheritance was to explicitly link covenantal congregational polity to the imperative to work for social justice.  He taught that the authenticity of the congregational church was grounded in the belief that the committed laity can listen to the dictates of spirit as well, if not better than, the clergy.  And as it is the prerogative of the holy spirit to speak from any place, even unlikely ones, JLA argued that such a commitment requires an openness to minority or oppressed points of view.  Hence even covenantal theology, potentially exclusive, requires an openness to even those who might seem to be beyond the pale.  In his essay on congregational polity and prophetic covenant, he wrote that (click here for the entire piece):

Among our spiritual ancestors, there developed the idea that the authentic church must be a church that protects the minority within it.  There were formulations such as, ‘if the Holy Spirit is to speak to us, it is more likely that God will speak to us through dissent and through the minority than through the majority who are in control.’

JLA did not promise that listening happens with ease; in fact, in his essay on pluralism he argues against calls for harmony as being the equivalent of telling the oppressed to stop rocking the boat.  For him, the work of truly creative conflict is apparent wherever previously silenced concerns are taken with a new seriousness (for JLA on pluralism and conflict, click here).

JLA was of course drawing on an ancient legacy. The first thinker to suggest that churches might be gathered by covenant was  Robert Browne (d.1633) (learn more about Robert Brown by clicking here).  He was the first separatist from the Church of England—the separatists being a subgroup of the Puritans who felt that the church was too corrupt to reform from within, but that rather a new beginning must be made.  Like the Anabaptists he was much interested in, he felt the centralization of power within the church in the hierarchical rule of bishops, as well as the collaboration of civil and religious power in the state church, could only compromise the church’s spiritual and prophetic mission.  He believed that the Reformation had erred in not applying its cardinal principle—that there is no authority outside of scripture, which is accessible to all believers—not just to doctrine, but to systems of church governance. He saw no precedence for state churches, or churches that place power in the hands of centralized officials, in the New Testament.  Browne wrote down most of his thought about congregational polity in two books that were published in 1582.  His teachings were illegal, and some of his followers were executed.  He himself was arrested 32 times in his life, and would have undoubtedly suffered a worst fate if it were not for his wealthy and powerful family.

The Cambridge Platform of 1648 was the first formal constitution outlining the principles of government and discipline for the churches of New England, and it drew on partially on Browne’s work (click here for the complete text).  The Cambridge Platform was the result of a Synod (council of churches), although the document itself was written by Richard Mather, who used many materials from John Cotton.  Although it is often heralded as the gold standard of congregational polity within Unitarian Universalist circles, many laity as well as clergy defenders of congregational polity (at least of the kind articulated by Robert Browne) were enormously disappointed in the Platform when it was released.  They were concerned that it gave power to the civil magistrates to direct the churches and that it gave all practical power into the hands of the church officers, leaving the lay members as a whole with little more to do than consent: 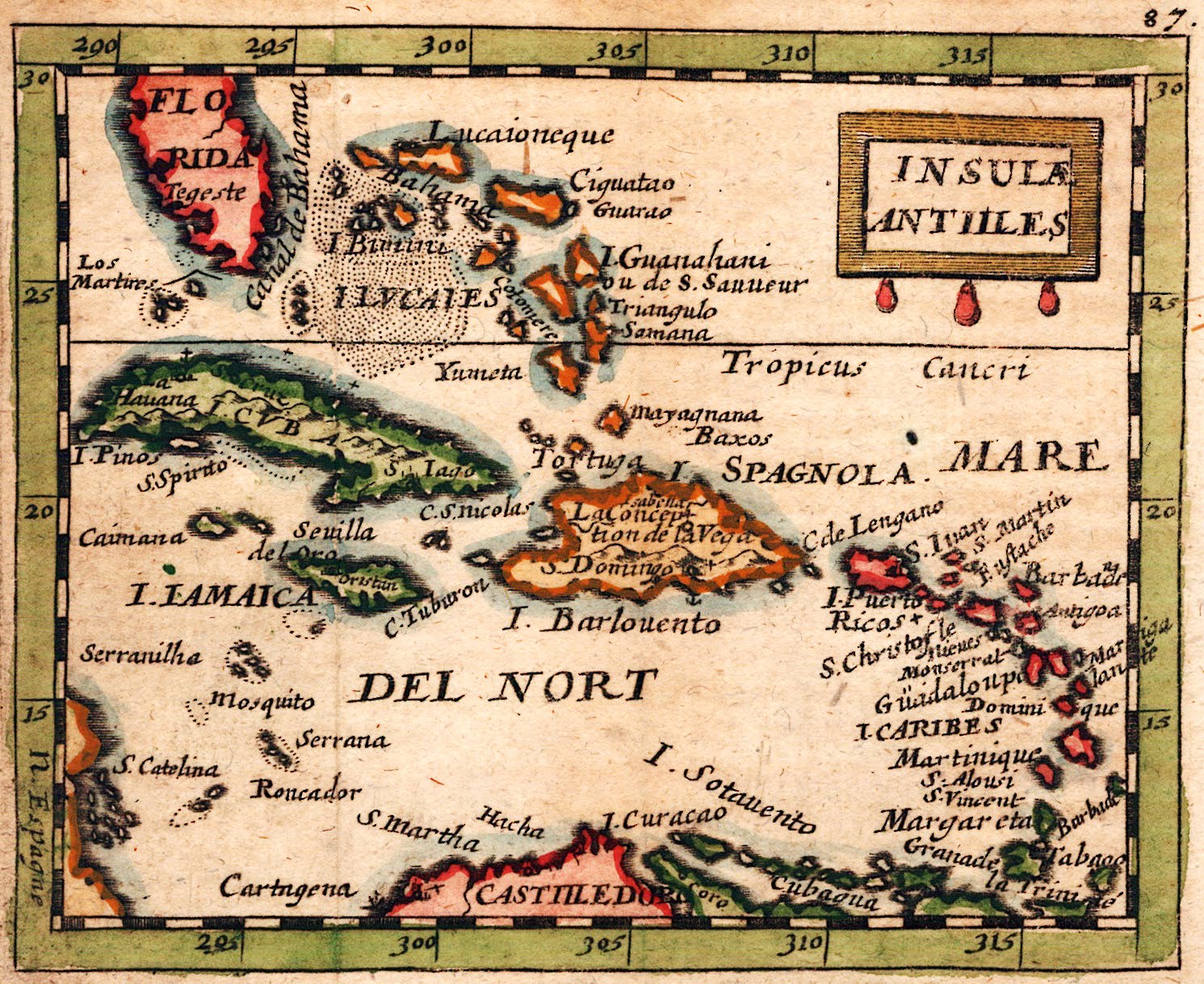 The island of Eleuthera (Bahamas) was settled in 1647 using a widely democratic covenant informed by Browne’s principles, and, neighboring pirates!

There are other mid 17th century communities that gathered under the covenantal principle that were more radically democratic than those that gathered in Massachusetts (to listen to a podcast about these communities and their surprising connections to pirates, click here).   Still, the Cambridge Platform did affirm some of the basics of a purer form of congregation polity: the need for churches to counsel together, the complete autonomy of the local church, the right of the churches to select and ordain ministers, and the central role of covenant in gathering the church (for examples of early New England church covenants, click here).

Theologically it is important to remember that in the early churches of New England, the church covenant existed only inside of the larger, umbrella covenant of grace (which offers eternal life to all who believe in Christ).  Only the “saints” could enter into church covenant, as their status as always and already saved (predestined for heaven) guaranteed the spiritual purity of the church.  While Unitarian Universalists generally no longer believe this, it is still understood that covenant involves not only those persons who are party to it, but also a transformative power.  Here is Adams again:

“[The first principle of covenant requires that] we must find a valid basis in attempts at consensus in, or at any rate, vigorous discussion of, the covenant of Being.  We must try to understand ourselves and our intentions and performance in the UU church in terms of some relationship to fundamental reality.  That becomes a theological discussion, though traditional theological language does not have to be used.”

READ MORE ABOUT IT:  Conrad Wright’s excellent exposition of covenant can be found by clicking here.