Unitarian Politicians and Other Oxymorons: Lessons from the Life and Times of Adlai Stevenson 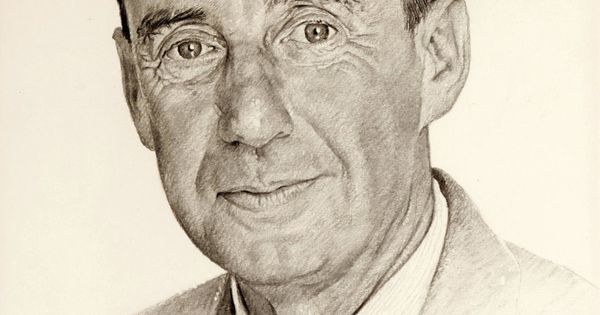 The Harvard Square Library is excited to present in time for this election season a special collection of documents pertaining to Adlai Stevenson and his Unitarian faith.   These documents have been made available courtesy of the Unitarian Universalist Church of Bloomington, Illinois (Joan Banks and John Muirhead, congregational historians; the documents are all available in the “links” column at the bottom of this post). 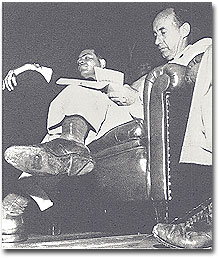 The Harvard Square biography of Adlai Stevenson, including photos from an exhibition in Stevenson’s honor at Princeton University.

This commemorative memorial booklet contains the text of Stevenson’s memorial service at the Unitarian Universalist Church of Bloomington, including the eulogy given by UUA President Dana Greeley. 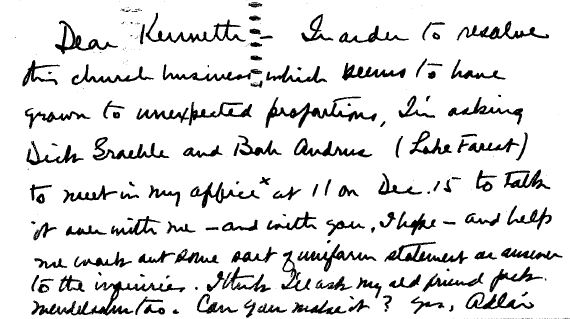 This  personal correspondence regards the confirmation of Stevenson’s religious affiliation as Unitarian after he joined a Presbyterian church in Lake Forest (Including a postcard in Stevenson’s own hand).

This typed manuscript of the address that Stevenson gave at the 80th anniversary of the Unitarian Universalist Church of Bloomington includes notations in Stevenson’s own handwriting.

Listen to Adlai Stevenson speak about his core convictions, “This I Believe” in 1954.