The Universalist Convention of 1915: Introduction 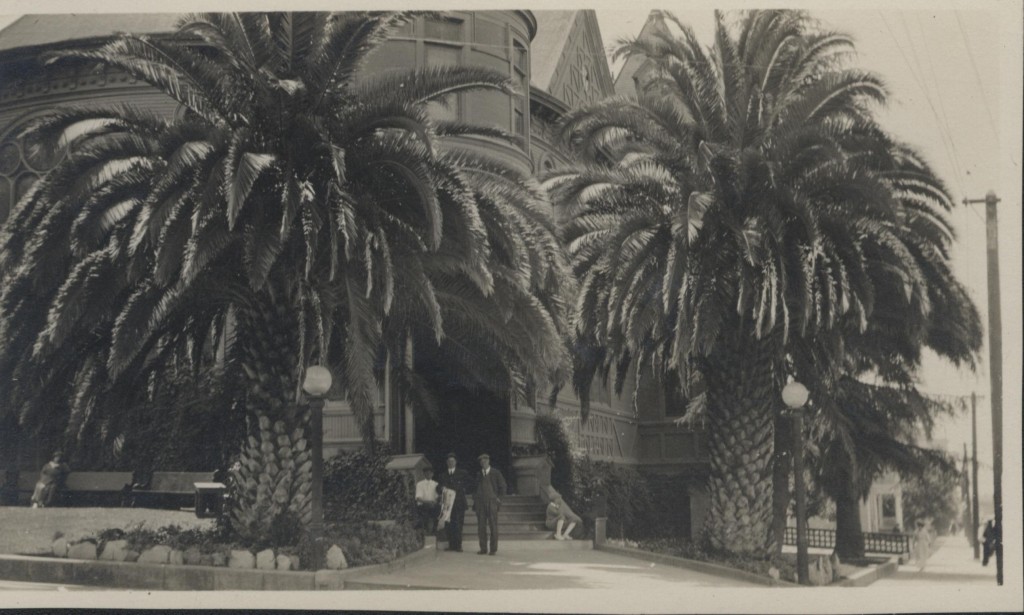 One hundred years ago, the United Universalist Conventions met in Pasadena, California, for their 1915 convention. This was no ordinary gathering of early twentieth-century religious liberals, however. The convention proper started with a train journey that began in Boston and crossed the continental United States, stopping at Chicago, Salt Lake City, and other major cities, each time picking up Universalist “pilgrims” bound for Pasadena. Along the way, participants published a newsletter on board the the train, and sang from a hymnal and song book specially composed for the occasion.

Today, we might not think of such a journey for a religious convention as all that notable, but as Frank A. Bisbee’s history of the 1915 convention makes clear, a journey to the west for the denomination’s annual meeting was no less than a stupendous undertaking.

“The audacity of the proposition to take our Conventions to the Pacific Coast, at first shocked and then challenged our people; we were not accustomed to thinking in large figures, and to many it appeared a dangerous if not an impossible enterprise.”

The endeavor succeeded, though, in greater proportion than its planners could have imagined. Several hundred visitors to the Pacific Coast were treated to stunning sights available otherwise only in photographs and the imagination: towering palm trees, warm breezes, and what remained, in many ways, a distant frontier. What Bisbee remembered best about the event, though, was the spirit of fellowship that prevailed throughout the several weeks of the gathering:

Excerpt from “A California Pilgrimage,” by Frederick A. Bisbee

The specific conference itself has largely fallen out of memory, but through the generous permission of the Andover-Harvard Theological Library at Harvard Divinity School, we are able to make many key documents about the 1915 Universalist Convention available online, for free. My hope in gathering these documents here at Harvard Square Library is that we, as modern readers, might get a sense of the wonder and fellowship that permeated this gathering.

Bisbee’s A California Pilgrimage is available online as an open-source, public domain text, and makes a fascinating introduction to our story. He devotes at least half of his treatment to the Pullman train journey itself, before plunging into the events of Pasadena, California, proper. It’s clear that half of Bisbee’s fascination and interest in the story arises from the logistical challenge of using rail lines to gather three hundred Universalists from around the country and shepherd them as a group across the still-vast territory of the United States to Pasadena, California.

Once in Pasadena, several Universalist groups met together for the first time between July 6-11, 1915: the Women’s Missionary Society, the General Sunday School Association, the Young People’s Christian Union, and finally, the General Convention (the delegate body).

After the Convention concluded on July 11th, the United Universalist Conventions had organized side-trips of possible interest to attendees: the San Diego Exposition on July 13, 1915, and the San Francisco Exposition from July 15-18, both of which events included “Universalist Days.”

Return trips by train offered further options for western sight-seeing: through the Grand Canyon, through Salt Lake City and the Rocky Mountains, through Yellowstone National Park, and finally, north via Seattle through the Canadian Rockies.

We at Harvard Square Library hope you enjoy this journey through the national Universalist Convention of one-hundred years ago.