The Church in Harvard Square: The Parish Becomes Unitarian 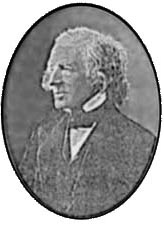 William Newell (1804-1881) was a minister for thirty-eight years, from 1830 to 1868. In 1833 an amendment to the Constitution of the Commonwealth abolished the old system of taxation for the support of public worship. The First Parish was no longer a territorial parish, with power to assess all inhabitants not supporters of such recognized religious groups as the Episcopalians, Baptists, Universalists, or Catholics. Newell was therefore not only the first Unitarian minister of the parish, but the first minister no longer supported by taxation on all the inhabitants of the territorial parish.

His successor wrote of Newell: “His parish was not an easy one. A certain section of his congregation were village folk of plain and practical habits. Another section was academic, and cherished a somewhat severe and scrupulous literary taste. Still another section of his auditors then, as now, consisted of retired ministers who had come to settle in the university town. Mr. Newell succeeded to a remarkable degree in satisfying the claims and needs of this diversified congregation… In personal intercourse, he had a sunny and playful humor, a sweetness of temper and simplicity of manner which diffused sunshine about him.” 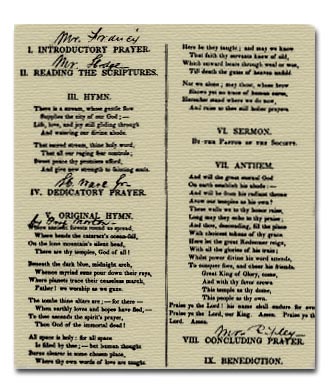 Order of Services at the Dedication of the Church, December 12, 1833. (Transcription) 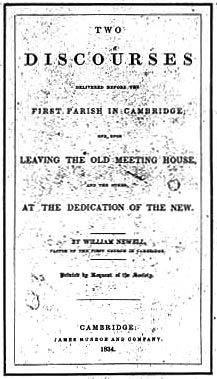 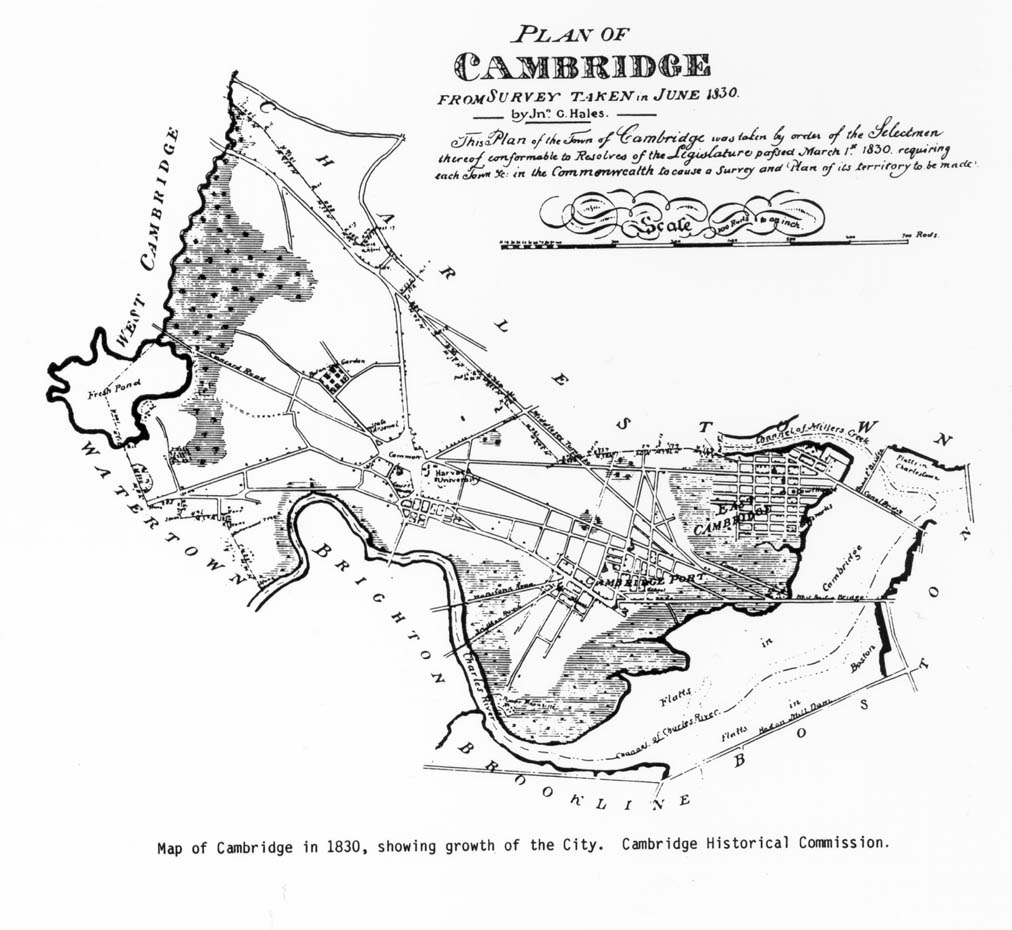 Map of Cambridge in 1830, showing growth of the City. Cambridge Historical Commission.
(Click on image to enlarge)

III. HYMN
There is a stream whose gentle flow
Supplies the City of our God;—
Life, love and joy still gliding through
And watering our divine abode.

That Sacred Stream, thine holy word
That all our raging fear controls;
Sweet peace thy promises afford,
And give new strength to fainting souls.

V. ORIGINAL HYMN
(by Prof. Norton)
Where ancient forests round us spread,
Where bends the cataracts ocean-fall,
On the lone mountains silent head,
There are thy temples, God of all!

Beneath the dark blue, midnight arch,
Whence myriad suns pour down their rays,
Where planets trace their ceaseless march,
Father! we worship as we gaze.

The tombs thine altars are;—for there—
When earthly loves and hopes have fled,—
To thee ascends the spirit’s prayer,
Thou God of the immortal dead!

All space is holy: for all space
Is filled by thee; —but human thought
Burns clearer in some chosen place,
Where thy own words of love are taught.
Here be they taught; and may we know
That faith thy servants knew of old,
Which onward bears through weal or woe,
Till death the gates of heaven unfold.

Nor we alone; may those, whose brow
Shows yet no trace of human cares,
Hereafter stand where we do now,
And raise to thee still holier prayers.

VI. SERMON
By the Pastor of the Society

VII. ANTHEM
And will the great eternal god
On earth establish his abode
And will he from his radiant throne
Avow our temples as his own?
These walls we to thy honor raise,
Long may they echo to thy praise;
And thou descending, fill the place
With choicest tokens of thy grace.
Here let the great Redeemer reign
With all the glories of his train.
Whilst power divine his word attends,
To conquer foes, and cheer his friends.

Two Discourses Delivered before the First Parish in Cambridge
One, upon Leaving the Old Meeting House and the other, at the Dedication of the New.

By William Newell, Pastor of the First Church in Cambridge

Printed by the Request of the Society. Cambridge: James Munroe and Company, 1834.