“The Growth of Denominational Bureaucracies,” by Conrad Wright

“The Growth of Denominational Bureaucracies: A Neglected Aspect of American Church History” (1983) 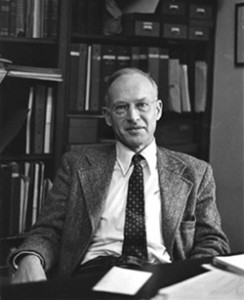 Wright with his usual lucidity traces the growth of denominational superstructure in three periods: 1) the colonial, 2) 1800-60, 3) since the Civil War.

He maintains that in the second period there was simultaneous growth of hierarchical denominational structures and voluntary organizations for some purpose (missions, tract distribution, etc.).

In the third period the denominational structures increasingly gobbled up the voluntary groupings.  Denominations today combine governance of the church and the community of the faithful. Wright holds that the former tends to dominate the latter.

Much more is contained in the article which is useful for its comparison of various denominations and its central thrust that church bureaucracies strive almost inevitably to increase their scope and control.

This chapter is available through many online journal indexers, such as JSTOR; however, these often require an academic affiliation to access. The full citation information for the journal article is as follows:  Conrad Wright (1984). “The Growth of Denominational Bureaucracies: A Neglected Aspect of American Church History.” Harvard Theological Review, 77, pp 177-194. doi:10.1017/S0017816000014280. An abstract of the article, as well as ordering information, can be found at Cambridge University Press Journals.