James II’s “The Declaration of Indulgence,” 1688

The Declaration of Indulgence, 1688 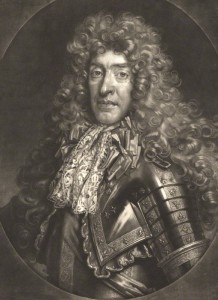 James II did not remain King, so this Declaration did not abide, and it began as an effort to increase Puritan power to offset Anglicanism. James, of course, sought to advance Catholicism.

The Declaration is included here to indicate beyond all the politics of such declarations how strong was the growing movement toward a wide religious toleration. Such a climate proved fertile soil for Unitarian ideas. Just as the Unitarian birthing in America began with theological and organizational issues posed long before there was any hint of Unitarian organization, so in Great Britain Unitarian thought sprang into being long before the first Unitarian church was established (1774) and a movement began (1825). In a certain sense, all polity begins in theology.

[This declaration, giving rights of public worship to Nonconformists, both Protestant and Roman, was ordered to be read in all churches. Seven bishops drew up a petition against such an unconstitutional command. They were put on trial on a charge of seditious libel, but acquitted, and James, warned of the intended invasion of William of Orange, fled the country.]

It having pleased Almighty God not only to bring us to the imperial crown of these kingdoms through the greatest difficulties, but to preserve us by a more than ordinary providence upon the throne of our royal ancestors, there is nothing now that we so earnestly desire as to establish our government on such a foundation as may make our subjects happy, and unite them to us by inclination as well as duty; which we think can be done by no means so effectually as by granting to them the free exercise of their religion for the time to come, and add that to the perfect enjoyment of their property, which has never been in any case invaded by us since our coming to the crown; which being the two things men value most, shall ever be preserved in these kingdoms, during our reign over them, as the truest methods of their peace and our glory.

We cannot but heartily wish, as it will easily be believed, that all the people of our dominions were members of the Catholic Church. Yet we humbly thank Almighty God, it is and has of long time been our constant sense and opinion (which upon divers occasions we have declared) that conscience ought not to be constrained nor people forced in matters of mere religion; it has ever been directly contrary to our inclination, as we think it is to the interest of government, which it destroys by spoiling trade, depopulating countries, and discouraging strangers, and finally, that it never obtained the end for which it was employed. And in this we are the more confirmed by the reflections we have made upon the conduct of the four last reigns. For after all the frequent and pressing endeavours that were used in each of them to reduce this kingdom to an exact conformity in religion, it is visible the success has not answered the design, and that the difficulty is invincible.

We therefore, out of our princely care and affection unto all our loving subjects that they may live at ease and quiet, and for the increase of trade and encouragement of strangers, have thought fit by virtue of our royal prerogative to issue forth this our declaration of indulgence, making no doubt of the concurrence of our two Houses of Parliament when we shall think it convenient for them to meet.

In the first place we do declare, that we will protect and maintain the archbishops, bishops, and clergy, and all other our subjects of the Church of England, in the free exercise of their religion, as by law established, and in the quiet and full enjoyment of all their possessions, without any molestation or disturbance whatsoever.

We do likewise declare, that it is our royal will and pleasure, that from henceforth the execution of all and all manner of penal laws in matters ecclesiastical, for not coming to church, or not receiving the Sacrament, or for any other nonconformity to the religion established, or for or by reason of the exercise of religion in any manner whatsoever, be immediately suspended; and the further execution of the said penal laws and every of them is hereby suspended.

And to the end that by the liberty hereby granted, the peace and security of our government in the practice thereof may not be endangered, we have thought fit, and do hereby straightly charge and command all our loving subjects, that as we do freely give them leave to meet and serve God after their own way and manner, be it in private houses or in places purposely hired or built for that use, so that they take especial care, that nothing be preached or taught amongst them which may any ways tend to alienate the hearts of our people from us or our government; and that their meetings and assemblies be peaceably, openly, and publicly held, and all persons freely admitted to them; and that they do signify and make known to some one or more of the next justices of the peace what place or places they set apart for those uses.

And that all our subjects may enjoy such their religious assemblies with greater assurance and protection, we have thought it requisite, and do hereby command, that no disturbance of any kind be made or given unto them, under pain of our displeasure, and to be further proceeded against with the uttermost severity.

And forasmuch as we are desirous to have the benefit of the service of all our loving subjects, which by the law of nature is inseparably annexed to, and inherent in, our royal person, and that none of our subjects may for the future be under any discouragement or disability (who are otherwise well inclined and fit to serve us) by reason of some oaths or tests, that have been usually administered on such occasions, we do hereby further declare, that it is our royal will and pleasure, that the oaths commonly called, The Oaths of Supremacy and Allegiance, and also the several tests and declarations mentioned in the Acts of Parliament made in the 25th and 30th years of the reign of our late royal brother King Charles the Second, shall not at any time hereafter be required to be taken, declared, or subscribed by any person or persons whatsoever, who is or shall be employed in any office or place of trust either civil or military, under us or under our government. And we do further declare it to be our pleasure and intention from time to time hereafter, to grant our royal dispensations under our great seal to all our loving subjects so to be employed, who shall not take the said oaths, or subscribe or declare the said tests or declarations in the abovementioned Acts and every of them.

And to the end that all our loving subjects may receive and enjoy the full benefit and advantage of our gracious indulgence hereby intended, and may be acquitted and discharged from all pains, penalties, forfeitures and disabilities by them or any of them incurred or forfeited, or which they shall or may at any time hereafter be liable to, for or by reason of their nonconformity or the exercise of their religion, and from all suits, troubles, or disturbances for the same, we do hereby give our free and ample pardon unto all nonconformists, recusants, and other our loving subjects, for all crimes and things by them committed or done contrary to the penal laws formerly made relating to religion and the profession or exercise thereof, hereby declaring, that this our royal pardon and indemnity shall be as good and effectual to all intents and purposes, as if every individual person had been therein particularly named, or had particular pardons under our great seal, which we do likewise declare shall from time to time be granted unto any person or persons desiring the same, willing and requiring our judges, justices, and other officers, to take notice of and obey our royal will and pleasure herein before declared.

And although the freedom and assurance we have hereby given in relation to religion and property might be sufficient to remove from the minds of our loving subjects all fears and jealousies in relation to either, yet we have thought fit further to declare, that we will maintain them in all their properties and possessions, as well of church and abbey-lands as in any other their lands and properties whatsoever. Given at our court at Whitehall, the fourth day of April, 1687, in the third year of our reign.