The Church in Harvard Square: The Church And College

The Church And College

Drawing of Cambridge in 1668 by Harold R. Shurtleff.

Legend for the Cambridge Illustration

In 1650, the town voted to repair its meeting house “with a four-square roof covered with shingle.” On second thought, it was decided instead to build anew, in a new location “on the watch-house hill,” close to the present site of Lehman Hall.” At a general meeting of the whole town, it was voted and agreed, that the five men chosen by the town to repair the meeting-house shall desist from the same, and agree with workmen for the building of a new house, about forty foot square and covered as was formerly agreed for the other.” No adequate drawing of the building exists, but a map of Boston dated 1693 shows a square building with a small tower or cupola which seems to be a representation of the meeting house. The drawing of Cambridge in 1668 and the Harvard diorama model are based on an architectural reconstruction of similar buildings of that day. 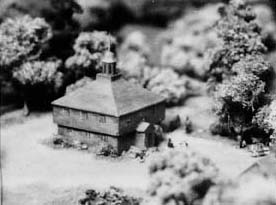 Model of the Second Meeting House from the Harvard Diorama 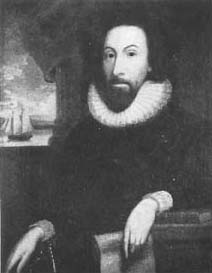 John Winthrop (1588-1649), first Governor of the Massachusetts Bay Colony. This portrait by an unknown artist hangs in the Massachusetts State House. The presence at the Cambridge Church gathering of Governor Winthrop and other leaders of the colony is an indication of the importance attached to the occasion.