“The Significance and Influence of the Cambridge Platform of 1848”

in The Cambridge Platform of 1848 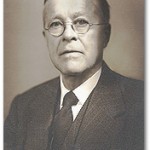 Henry Wilder Foote (who died in 1984) was ordained in 1902 and served a number of Unitarian churches. He was a musicologist, professor at the Harvard Divinity School, and historian.

The last half of Foote’s essay gives summation of the major points in the Cambridge Platform. These include:

All of these matters have continuing issue but none continues to concern modern UUs as much as the distribution of power between the individual congregation and the larger association of churches (today a denomination). Cambridge placed ultimate power in a particular congregation, but the consulting councils were supposed to play a strong role. What over the years made these councils moot or ineffective? Is there an analogy to be drawn between the contemporary UUA and the colonial councils? Or is the growth of denominational power (e.g. in placement, loans, and ministerial certification) an institutionalization of bureaucracy without historic precedent?