The Church in Harvard Square: Growing with the Community

Growing with the Community 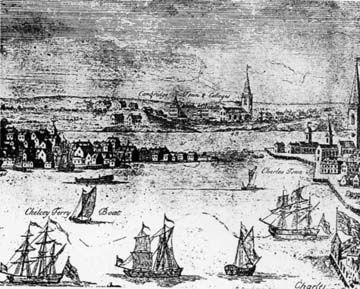 The Third Meeting House replaced the second on the same site in 1706. It was larger than the Second and included a gallery with a tower at one end of the building, as shown in the accompanying panoramic view. In 1756, the building was taken down to make way for the fourth Meeting House. 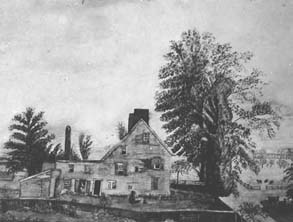 The parsonage was erected in 1670 on the plot of land where Widener Library now stands. The Reverend Urian Oakes was the first minister to occupy it, and it was used by his successors for 137 years. In 1807, Abiel Holmes moved to the gambrel-roofed house north of the Yard with which he is more particularly associated. The parsonage was transferred by the Parish to the College in 1833, and demolished in 1843. 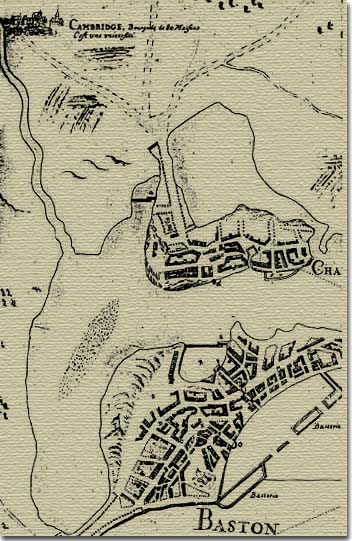 Boston, Charlestown and Cambridge in 1693
by J. P. L. Franquelin.