in Unitarianism: Its Origin and History 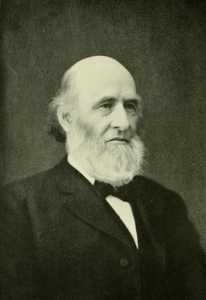 Grindall Reynolds (1822 – 94) was ordained in 1848 and ten years later became minister in Concord, Massachusetts, where he served until his death.

The current document was the 16th and final lecture in a series on Unitarianism given in Boston in 1888-89.

The text of “Ecclesiastical and Denominational Tendencies” is available online here.