Harvard Square is glad to present this brief yet comprehensive guide to the essential components of congregational polity, in six basic principles and in four primary source voices.  If you would like a more detailed treatment of the topic, you can access Rev. Peter Raible’s anthology of essential texts, intended as a text for seminary students, here. 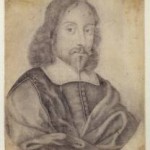 Primary Voice One: Robert Browne (d.1633).  Robert Browne was the first person to write down the basic principles of congregational polity, and to gather a church according to those principles.  He was the first separatist from the Church of England—the separatists being a subgroup of the Puritans who felt that the church was too corrupt to reform from within, but that rather a new beginning must be made.  Like the Anabaptists he was much interested in, he felt the centralization of power within the church in the hierarchical rule of bishops, as well as the collaboration of civil and religious power in the state church, could only compromise the church’s spiritual and prophetic mission.[1]  He believed that the Reformation had erred in not applying its cardinal principle—that there is no authority outside of scripture, which is accessible to all believers—not just to doctrine, but to systems of church governance. He saw no precedence for state churches, or churches that place power in the hands of centralized officials, in the New Testament.  Browne wrote down most of his thought about congregational polity in two books that were published in 1582.  His teachings were illegal, and some of his followers were executed.  He himself was arrested 32 times in his life, and would have undoubtedly suffered a worst fate if it were not for his wealthy and powerful family.

First Principle:  Connections with, or emulations of, civil and centralized powers corrupt the church

“May they [magistrates] do nothing concerning the Church, but only civilly, and as civil Magistrates: that is, they have not authority over the church, as to be Prophets of Priests, or spiritual Kings, as they are Magistrates over the same: but only to rule the commonwealth in all outwards justice, to maintain the right welfare and honor that welfare with outward power, bodily punishment, and other legal forcings of men. And therefore, also because the church is in a commonwealth, it is not of their charge: that is concerning the outward provision and outward justice, they are to look to it: but to compel religion, to plant churches by power, and to force submission to ecclesiastical government by laws and penalties, belong not to them.”  ~Robert Browne, 1582

“..the contribution, the intention of the left wing of the Reformation, from which we derive, was an attempt to break the centralization of ecclesiastical, economic, and political power.  When these are joined together both covenant and dissent are impossible”  ~James Luther Adams, 1977

Second Principle:  A church is the gathered fellowship of persons united by voluntary covenant

“It is [the people’s] mutual covenant with one another, that gives first being to a church” ~ John Cotton, 1639

From the constitution [meaning, covenant] doth flow Jurisdiction.  For in all relations a covenant is the foundation.  I have no power over my wife, or servant, but by covenant.  The magistrate hath no power over me, but my consent.  So in the Church, the Covenant is the foundation of that relations and power we have over one another” ~John Cotton, 1639

‘And then there are the churches. Since the time of separation of church and state they have been classified as voluntary associations: they depend in principle upon voluntary membership and voluntary contributions. The collection plate in the Sunday Service is sometimes objected to for aesthetic reasons, but it is an earnest, a symbol, of the voluntary character of the association, and it should be interpreted in this fashion. It is a way of saying to the community, “This is our voluntary, independent enterprise, and under God’s mercy we who believe in it will support it. We do not for its support appeal to the coercive power of the state.” ~ James Luther Adams, 1976 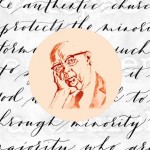 Primary Voice Two: James Luther Adams (1901-1994).  Unitarianism’s beloved social ethicist, JLA reacquainted an entire generation of Us and UUs with the  importance of the theological legacy of covenant to our polity and practice, as well as enhancing our understanding of the importance of the voluntary principle.  He also made a direct connection between congregational polity and the imperative to work for social justice.  As the guarantee of the spiritual purity of the congregational church was the ability of the laity to listen to the holy spirit, and as it is the prerogative of the holy spirit to speak from any place, even unlikely ones, JLA argued that such a polity requires an openness to minority or oppressed points of view.   Read more about JLA here.

Third Principle: The church covenant is grounded inside of a larger, umbrella spiritual covenant 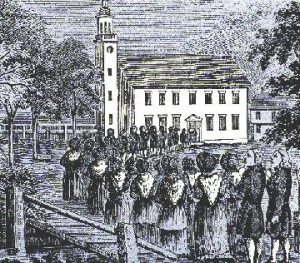 In the early churches of New England, the church covenant existed only inside of the larger, umbrella covenant of grace (which offers eternal life to all who believe in Christ).  Only the “saints” could enter into church covenant, as their status as always and already saved (predestined for heaven) guaranteed the spiritual purity of the church.

“[The first principle of covenant requires that] we must find a valid basis in attempts at consensus in, or at any rate, vigorous discussion of, the covenant of Being.  We must try to understand ourselves and our intentions and performance in the UU church in terms of some relationship to fundamental reality.  That becomes a theological discussion, though traditional theological language does not have to be used.” ~James Luther Adams, 1977

Fourth Principle: Only the laity as whole, acting in democratic process, can discern whether church decisions, including the selection of ministers, are in keeping with its spiritual commitments

“every one of the church is made a King, a Priest, and a Prophet under Christ, to uphold and further the kingdom of God”   ~ Robert Browne, 1582

“the essence and substance of the outward calling of an ordinary officer of the Church, does not consist in his ordination, but in his voluntary and free election by the Church, and his accepting of the election.” ~ The Cambridge Platform, 1648.

“Democracy is Christ’s Government in Church and State…only the People, or Fraternity, under the gospel, are the first Subject of Power…that a Democracy in Church or State is a very honorable and regular government according to the dictates of right reason: and therefore, that these churches of New England, in their ancient and constitution of church order; it being a democracy, are manifestly justified and defended by the law and light of nature.”  ~John Wise, 1717 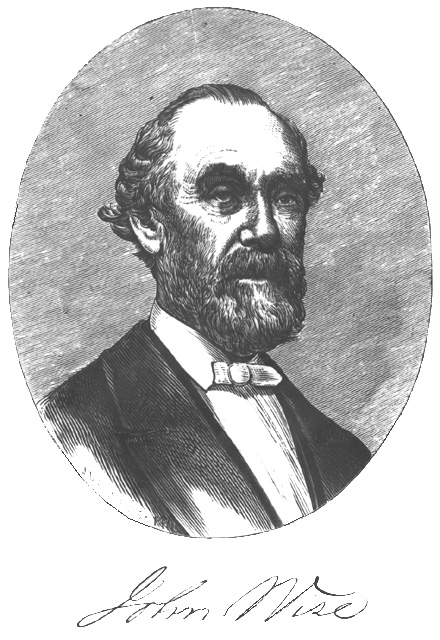 Primary Voice Three: John Wise (1652-1725).  John Wise was the minister of the Ipswich, Massachusetts Congregational Church, an avid protestor of British taxation, and an early and powerful proponent of American democracy.  In the field of American religious studies, it controversial whether or not it is fair to say that the practice of Congregationalism in new England lead directly and inevitably to the development of American democracy.  The great historian Perry Miller was concerned that making a direct connection was something that only began in the 19th century, and then only among Unitarians with limited and specific social aims.  That there is some influence is undeniable, and John Wise is an important link in the chain, laying out as he does an unwavering path between old New England church practice and secular democracy. His main contribution was to justify congregational polity in a brand new way—by associating it with Enlightenment ideas about reason and natural rights.  Such discourse would eventually become the hallmark of revolutionary American discourse.

Fifth Principle: There is no higher authority than the local congregation

“…plain it is that there were no ordinary officers appointed by Christ for any other, than congregational churches: elders being appointed to feed not all flocks, but the particular flock of God over which the holy Ghost had made them the overseers, and that flock they must attend, even the whole flock: an one Congregation being as much as any ordinary Elder can attend, therefore there is no greater Church than a Congregation….”  ~Cambridge Platform, 1648

“So we deny an universal, visible church.”  ~Cambridge Platform, 1648  Williston Walker translates this section of the Platform as follows: “i.e., there is no corporate union and communion of  all the professed followers of Christ, only an association of local churches, if by the word church an organized body of believers is meant.”   In other words yet again, any association of congregations does not itself represent a more complete or entire Church than any local congregation, and indeed, an association is not itself any sort of church.

Primary Voice Four:  The Cambridge Platform of 1648.   The Cambridge Platform of 1648 was the first formal constitution outlining the principles of government and discipline for the churches of New England.  It was the result of a Synod, although the document itself was written by Richard Mather, who used many materials from John Cotton.  Although it is often heralded as the gold standard of congregational polity within Unitarian Universalist circles, many laity as well as clergy defenders of congregational polity (at least of the kind articulated by Robert Browne) were enormously disappointed in the Platform when it was released.  They were concerned that it gave power to the civil magistrates to direct the churches and that it gave all practical power into the hands of the church officers, leaving the lay members as a whole with little more to do than consent. “This government of the church is a mixed government… In respect to Christ, the head and king of the church, it is a monarchy: In respect of the body, or Brotherhood of the church… it resembles a democracy. In respect of the Presbytery and power committed to them, it is an Aristocracy.”  The Cambridge Platform, 1648. Still, it did affirm some of the basics of a purer form of congregation polity: the need for churches to counsel together, the complete autonomy of the local church, and the right of the churches to select and ordain ministers.

Sixth Principle: Churches do have obligations to each other which require some form of larger organization

There should be councils, or synods,  “meetings of the sundry churches: which are when the weaker churches  seek the help of the stronger, for deciding or redressing of matters, or else the stronger look to them for redress.”   ~Robert Browne, 1582

“Synods being spiritual and ecclesiastical assembles, are therefore made up of spiritual and ecclesiastical causes.  The next efficient cause of them under Christ, is the power of the churches, sending forth their Elders, and other messenger; who being met together in the name of Christ, are the matter of the Synod, and they in arguing, debating and determining matters of religion according to the word, and publishing it the same to the churches whom it concern, do put forth the proper and formal acts of a Synod: to the conviction of errors and heresies, and the establishment of truth and peace in the churches , which is the end of a Synod” ~Cambridge Platform, 1648

[1] Anabaptists were an offshoot of the radical wing of the Reformation in 16th Century Europe.  The name, given to the group by their enemies, means “to re-baptize,” a reflection of their belief that only freely choosing adults could accept the faith through baptism.  They believed in the radical separation of church and state, and were often pacifists.  They began in Switzerland and spread to Germany, Austria, and the Netherlands.  The Polish Socinians (Unitarians) were extremely interested in them.