By Peter Raible, Editor of “Polity Among Unitarians And Universalists” (1992) 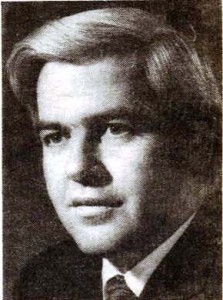 Peter Raible is a lifelong, in fact fourth generation, Unitarian. His late father and retired brother were also UU ministers. His roots are in New England, though he has lived in Texas, Illinois, California, Nebraska, and now for over 30 years in Washington State, where he is the parish minister of University Unitarian Church of Seattle. Dr. Raible received a Bachelor of Philosophy from the University of Chicago, a Bachelor of Arts from the University of California at Berkeley, and a Master of Divinity from the Starr King School for the Ministry, which subsequently granted him a Doctor of Sacred Theology. He has been a Merrill Fellow at Harvard and taken extensive academic work at San Francisco Theological Seminary.

He entered the Unitarian ministry in 1953 and the same year received reciprocal fellowship in the Universalist Church of America. He is a certified Director of Religious Education, a former President of the Unitarian Universalist Ministers Association and Berry Street Lecturer. He has served as a UUA District Executive and has often been an intern supervisor.   He has taught courses at the Northwest Theological Union and besides his interest in UU polity and history, he is has done extensive work on how clerics are portrayed in literature. He is the dean of all UU ministers in the west, having served his present church since 1961.