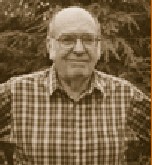 Kennedy’s first book, Nude Descending a Staircase, received the 1961 Lamont Award of the American Academy of Poets. Born in Dover, New Jersey, he graduated from Seton Hall College (B.Sc. 1950) and Columbia University (M.A. 1951) before enlisting in the Navy for four years. After a year in Paris at the Sorbonne, he did graduate work in literature at the University of Michigan from 1957 to 1962. Though he failed to get a Ph. D. degree, Kennedy taught at Michigan and North Carolina before joining the faculty of Tufts University from 1967 until he resigned his tenured professorship in 1979. He then moved to a full-time freelance occupation of writing and editing.

His personal books of poetry included Growing Into Love (1968), Celebrations After the Death of John Brennan (his student), Cross Ties (1985), and The Lords of Misrule: Poems, 1992-2001. He, sometimes with his wife Dorothy as coauthor, edited textbook introductions to poetry, fiction, and drama.

Having a daughter, four sons, and six grandchildren, he published sixteen children’s books. In poetry his style is mostly rhyme and meter, often with narrative and epigram, wit, and humor. He once served as poetry editor of the Paris Review, and more recently described himself as a “whittler of little boats in bottles.”

His father was Catholic, his mother Methodist, and there is a clash in his poems between his skepticism or uneasy agnosticism and his unresolved longing for faith in God. His subjects include death, violence, and a male adolescent attitude toward sex.

Garrison Keillor sometimes broadcasts his poems. In 2000 Kennedy received the Award for Excellence in Children’s Poetry from the National Council of Teachers of English.

The Poetry of X.J. Kennedy

NUDE DESCENDING A STAIRCASE
Toe upon toe, a snowing flesh,
A gold of lemon, root and rind,
She sifts in sunlight down the stairs
With nothing on. Nor on her mind.

We spy beneath the banister
A constant thresh of thigh on thigh-
Her lips imprint the swinging air
That parts to let her parts go by.

One-woman waterfall, she wears
Her slow descent like a long cape
And pausing, on the final stair
Collects her motions into shape.

MOTHER’S NERVES
My mother said, “If just once more
I hear you slam that old screen door,
I’ll tear out my hair! I’ll dive in the stove!”
I gave it a bang and in she dove.

JIMMY HARLOW
My third best-friend in grade-school, Jimmy Harlow,
Like some shy twitch-nosed hare
Yearning to quit its burrow,
By teacher’s harsh words once reduced to tears-
That day when, nine, you charged across the street
Not reckoning the car you’d meet by chance,
You stained a blanket thrown
To swerve the snowflakes from your broken bones.
You whined there, waiting for the ambulance.

After the accident
You lived just four more years,
Your skull crushed oblong, frail,
Face ashen-pale
And graven with an ineradicable squint.

I saw you last
At a New Year’s party,
Locked in fierce embrace
With the loveliest girl in the place,
Dredging her with your sharp-chinned corpse-gray head.
I was aghast.
By April you were dead.

Lie in the ease of winter, Jimmy Harlow.
If I begrudged you her, I do not now.

Remember Eddie Brock, after he’d gone to
The Italian officers’ brothel in Taranto
To try its famous sixteen-year-old whore
Who even let her patrons kiss her lips-
Shy as a fawn, they said, a girl next door-
Coughing up half his lungs
In the naval hospital’s TB ward.

Who’d think a vision delicate as breeze
Could pack a sword?

FOR ALLEN GINSBERG
Ginsberg, Ginsberg, burning bright,
Taunter of the ultra right,
What blink of the Buddha’s eye
Chose the day for you to die?

Who can fill your sloppy shoes?
What a catch for Death. We lose
Glee and sweetness, freaky light,
Ginsberg, Ginsberg, burning bright.