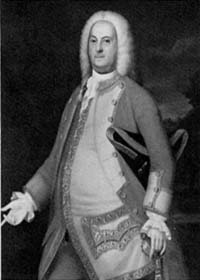 The Reverend WILLIAM BRATTLE was born in Boston, about the year 1662; and educated at Harvard College, where he graduated in 1680. He was afterward, chosen a Tutor, and a Fellow, in that seminary, and officiated in each of these capacities for several years. Dr. Colman, who was a student, while Mr. Brattle was in the tutorship, says, “He was an able faithful and tender Tutor. He countenanced virtue and proficiency in us, and every good disposition he discerned, with the most fatherly goodness; and searched out and punished vice with the authority of a master. He did his utmost to form us to virtue and the fear of God, and to do well in the world; and dismissed his pupils, when he took leave of them, with pious charges and with tears.” One memorable instance of his humanity, and christian heroism, while in the tutorship, is recorded as worthy, if not of imitation, of admiration. When the small-pox prevailed in the college, although he had not had that terrible disorder, instead of a removal, he staid at his chamber, visited the sick scholars, and took care that they should be supplied with whatever was necessary to their safety and comfort. “So dear was his charge to him, that he ventured his life for them, ministering both to the souls and bodies; for he was a skillful physician to both.” At length, he was taken ill, and retired to his bed; but the disorder was very mild, and he was soon happily restored.

Mr. Brattle was polite and affable, courteous and obliging, compassionate and charitable. His estate was very large; and, though he distributed it with a liberal hand, “secret and silent” were his charities. His pacific spirit, and his moderation, were conspicuous; and “he seemed to have equal respect to good men of all denominations.” He was patient of injuries, and placable; and said, after trials, he knew not how he could have spared any one of them. With humility he united magnanimity; and was neither bribed by favour, nor over-awed by the displeasure, of any man. “He was of an austere and mortified life”; yet candid and tolerant toward others. He was a man of great learning and abilities; and,at once, a philosopher and a divine. It is no small evidence of his attainments in science, that he was elected a Fellow of the Royal Society. “He was a generous patron of learning, and long father of the college” in Cambridge. He placed neither learning, nor religion, in unprofitable speculations, but in such solid and substantial truth, as improves the mind, and is beneficial to the world. Possessing strong mental powers, he was “much formed of counsel and advice”; and his judgment was often sought, and highly respected.

His manner of preaching may be learnt from Dr. Colman, who, comparing Mr. Brattle with Mr. Pemberton, observes: “They performed the public exercises in the house of God with a great deal of solemnity, though in a manner somewhat different; for Mr., Brattle was all calm, and soft, and melting; but Mr. Pemberton was all flame and zeal, and earnestness.” Mr. Brattle’s ministry appears to have been successful; and the church, while under his pastoral care, became very greatly enlarged. Although he attained a greater age than either of his famous predecessors, Shepard, Mitchel, and Oakes; yet he was often interrupted in his ministerial labours; “by pains and languishments,” and died February 15, 1717, in the fifty-fifth year of his age, and twenty-first year of his ministry.

The baptisms of children, during his ministry, were seven hundred and twenty-four; and the admissions to the fellowship of the church three hundred and sixty-four.

“They that had the happiness to know Mr. Brattle, knew a very religious good man, and able divine, laborious faithful minister, an excellent scholar, a great benefactor, a wise and prudent man, and one of the best of friends. The promoting of Religion, Learning, Virtue and Peace, every where within his reach, was his very life and soul; the great business about which he was constantly employed, and in which he principally delighted. Like his great Lord and Master he went (or sent) about doing good. His principles were sober, sound, and moderate, being of a catholick and pacifick spirit. For a considerable time before his death, he laboured under a languishing distemper, which he bore with great patience and resignation; and died with peace and an extraordinary serenity of mind. He was pleased in his last Will and Testament to bequeath to Harvard College two hundred and fifty pounds, besides a much greater sum in other pious and charitable legacies.” (106)

The funeral of Mr. Brattle was attended on the 20th of February, a day rendered memorable by The Great Snow. “He was greatly honoured at his interment;” and the principal magistrates and ministers of Boston and of the vicinity, assembled on this occasion, were necessarily detained at Cambridge by the snow for several days. (107)

He appears to have published scarcely any of his writings; though many of them were, doubtless, very worthy of publication. His grandson, Thomas Brattle, (108) Esquire, favoured me with the perusal of some of his Sermons, in manuscript, which are written very fairly and correctly, and are remarkably clear, and concise, sententious and didactic.

Jeremiah Dummer, Esquire, a gentleman of respectability, having, while an agent in England, procured some printed sermons, by desire of Mr. Flint, observes: “I think the modern sermons, which are preached and printed here, are very lean and dry, having little divinity in the matter, or brightness in the style; I am sure they are no way comparable to the solid discourses which Mr. Brattle gives you every week.” (109)

The only publication of Mr. Brattle, which has come to my knowledge, is a system of Logic, entitled, “Compendum Logicae secundum Principia D. Renati Cartesii plerumque efformatum, et catechistice propositum.” It was long recited at Harvard College, and holden in high estimation. An edition of it was published as late as the year 1758.

Mr. Brattle lies interred in a tomb, on the south-east side of the burying yard, with this inscription:

107 ^ A few particulars concerning this memorable Snow may gratify curiosity. The Boston News-Letter of February 15, 1717, has the following paragraphs: “Besides several Snows, we had a great one on Monday the 18th current; and on Wednesday the 20th it begun to snow about noon, and continued snowing till Friday the 22nd. So that the Snow lies in some parts of the streets about Six foot high.” — “The extremity of the weather has hindered all the three Posts from coming in; neither can they be expected till the roads (now impassable with a mighty Snow upon the ground) are beaten.” The News-Letter, of March 4, has this paragraph: “Boston; February ended with Snow, and March begins with it, the Snow so deep that there is no travelling.”

108 ^ This very worthy and respectable man departed this life, since this History was committed to the press, February 7th, 1801, aetat. LIX. His father, Brigadier-General William Brattle, was the only child of the Rev. William Brattle, who lived to mature age.