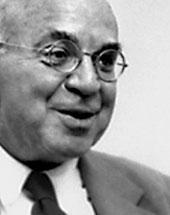 The writer who is celebrated for his historical triple novel, U.S.A., was born in a Chicago hotel. Both of his parents were already married to other people—His father was a New York corporation lawyer of Portuguese descent; his mother was from an esteemed Virginia family. The boy and his mother lived mainly in hotels in metropolitan European cities until he attended an English boarding school, then Choate School in Connecticut, and Harvard College where his social awkwardness was eased by friendships with poets E. E. Cummings and Robert Hillyer. His life had been eased by the marriage of his parents in 1910, after both of their spouses died, but he was devastated by the death of his mother in 1915. His father insisted that he continue at Harvard where he was a contributing staff member of the Harvard Advocate as well as coauthor of Harvard Poets (1917).

Following graduation in 1916, Dos Passos was an ambulance driver in France and Italy during the bombings and shellings of World War I, beginning a long relationship with fellow driver, Ernest Hemingway. Following additional travel mainly in Spain, he was shocked by the 1917 death of his father from pneumonia. Returning to the U.S., he also suffered his maternal aunt’s action defrauding him from receipt of much of his inheritance.

Living then in New York, he published his only selection of poetry: A Push Cart at the Curb (1922) — pieces from Vanity Fair, Dial. Bookman. Now distressed by the ills of industrial America, he was alarmed when Nicola Sacco and Bartolomeo Vanzetti, two Italian immigrant anarchists, were electrocuted in Massachusetts after a contentious trial of six years concerning a dubious charge of murder. A poem expressing his rage was published by New Masses.

The critical social eyes of Dos Passos concentrated on his novels: 42nd Parallel, 1919, The Big Money. Norman Mailer was quoted in a PBS television documentary, The Odyssey of John Dos Passos: “Those three volumes of U.S.A. make up the idea of a great American novel.”

Nevertheless, all did not go well for him. In a 1947 auto crash with a parked truck, his wife was instantly killed; he lost his right eye. By 1950 he seemed a neglected novelist. His worldview had shifted dramatically over the years from left-wing to right-wing advocacy. His admirers were astounded to find him now supporting Joseph McCarthy, Barry Goldwater, Richard Nixon.

His long continuing contribution to literature and drama stretched back to being director of New York’s New Playwrights Theatre (1926-1929). Overall he produced not only some 40 books in fifty years but also some 400 works of visual art. His first exhibit was in 1922 at the National Art Club in New York. Drawings, watercolors, and paintings appeared on book jackets. French cubist painter Fernand Leger was an old friend, and Pablo Picasso was an acquaintance. He put in print his praise of the bitter caricatures of George Grosz.

His enduring overall literary legacy affirmed by the American Academy of Arts and Letters is enhanced by the twentieth-century publication of not one but three volumes of his writings now permanently part of The Library of America.

The Poetry of John Dos Passos

THEY ARE DEAD NOW
A EULOGY FOR SACCO AND VANZETTI in the NEW MASSES, October 1927

This isn’t a poem
This is two men in grey prison clothes.
One man sits looking at the sick flesh of his hands—hands that haven’t worked for seven years
Do you know how long a year is?
Do you know how many hours there are in a day
when a day is twenty-three hours on a cot in a cell,
in a cell in a row of cells in a tier of rows of cells
all empty with the choked emptiness of dreams?
Do you know the dreams of men in jail?
They are dead now
The black automatons have won.
They are burned up utterly
their flesh has passed into the air of Massachusetts their dreams have passed into the wind.
“They are dead now,” the Governor’s secretary nudges the Governor,
“They are dead now,” the Superior Court Judge nudges
the Supreme Court Judge,
“They are dead now,” the College President nudges
the College President
A dry chuckling comes up from all the dead:
The white collar dead; the silkhatted dead;
the frockcoated dead
They hop in and out of automobiles
breathe deep in relief
as they walk up and down the Boston streets.
they are free of dreams now
free of greasy prison denim
their voices blow back in a thousand lingoes
singing one song
to burst the eardrums of Massachusetts
Make a poem of that if you dare!