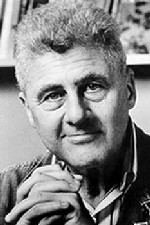 During World War II, just after his graduation from Harvard College, Howard Nemerov was a fighter pilot, first in the Royal Canadian Air Force and then in the U.S. Air Force. He was discharged as a first lieutenant in 1945.

Nemerov’s affluent father was experienced in the worlds of art and philanthropy. Growing up in New York City, the poet was educated at the School for Ethical Culture. In 1944 he married Margaret Russell of England; she gave birth to three sons. His lifetime vocation was writing and teaching literature. After teaching at Hamilton College and Bennington College, he was appointed to America’s new Jewish university, Brandeis, named in honor of Supreme Court Justice Louis Brandeis. Nemerov’s family lived nearby in Lexington, Massachusetts. In 1969 he became Professor of English at Washington University in St. Louis and then its Distinguished Professor of English until his death.

Howard Nemerov was not only a poet and a teacher but also a novelist, critic, essayist, editor, and playwright. He put out fourteen books of poetry, including his Collected Poems, published in 1971 by the University of Chicago Press. It received not only the Bollingen Prize and the Pulitzer Prize but also the National Book Award. As a poet, he was appreciated for his satire, wit, and humor, and for his power to speak colloquially with wisdom concerning our everyday lives.

Nemerov wrote three novels, the third being Federigo, or The Power of Love; two plays, Endor and Cain; plus short stories and fables, as well as a study of Poets on Poetry.

Howard Nemerov was a friend of Robert Frost and wrote a poem titled, “Robert Frost, in Autumn, in Vermont.” Like Frost, he was not devoid of skepticism. During a radio interview he was asked, “Do you believe in God?” His reply: “No, but I talk to him much more than I used to.”

Honors bestowed on the poet include his membership of the American Academy of Arts and Letters and his being Poet Laureate of the United States from 1988 until his death.

The Poetry of Howard Nemerov

SEPTEMBER, THE FIRST DAY OF SCHOOL
My child and I hold hands on the way to school,
And when I leave him at the first-grade door
He cries a little but is brave; he does
Let go. My selfish tears remind me how
I cried before that door a life ago.
I may have had a hard time letting go.
Each fall the children must endure together
What every child also endures alone:
Learning the alphabet, the integers,
Three dozen bits and pieces of a stuff
So arbitrary, so peremptory,
That worlds invisible and visible
Bow down before it, as in Joseph’s dream
The sheaves bowed down and then the stars bowed down
Before the dreaming of a little boy.
That dream got him such hatred of his brothers
As cost the greater part of life to mend,
And yet great kindness came of it in the end.

II
A school is where they grind the grain of thought,
And grind the children who must mind the thought.
It may be those two grindings are but one,
As from the alphabet come Shakespeare’s Plays,
As from the integers comes Euler’s Law,
As from the whole, inseparably, the lives,

The shrunken lives that have not been set free
By law or by poetic phantasy.
But may they be. My child has disappeared
Behind the schoolroom door. And should I live
To see his coming forth, a life away,
I know my hope, but do not know its form
Nor hope to know it. May the fathers he finds
Among his teachers have a care of him
More than his father could. How that will look
I do not know, I do not need to know.
Even our tears belong to ritual.
But may great kindness come of it in the end.
Anonymous submission.

TO THE GOVERNOR & LEGISLATURE OF MASSACHUSETTS
When I took a job teaching in Massachusetts
I didn’t know and no one told me that I’d have to sign
An oath of loyalty to the Commonwealth of Massachusetts.
Now that I’m hooked, though, with a house
And a mortgage on the house, the road ahead
Is clear: I sign. But I want you gentlemen to know
That till today it never once occurred to me
To overthrow the Commonwealth of Massachusetts
By violence or subversion, or by preaching either.
But now I’m not so sure. It makes a fellow think,
Can such things be? Can such things be in the very crib
Of our liberties, and East of the Hudson, at that?
So if the day come that I should shove the Berkshire Hills
Over the border and annex them to Vermont,
Or snap Cape Cod off at the elbow and scatter
Hyannis to Provincetown beyond the twelve-mile limit,
Proclaiming apocalypsopetls to my pupils
And with state troopers dripping from my fingertips
Squeaking “You promised, you broke your promise!”
You gentlemen just sit there with my signature
And keep on lawyer-talking like nothing had happened,
Lest I root out that wagon tongue on Bunker Hill
And fungo your Golden Dome right into Fenway Park
Like any red-celled American boy ought to done
Long ago in the first place, just to keep in practice.

GYROSCOPE
This admirable gadget, when it is
Wound on a string and spun with steady force,
Maintains its balance on most any smooth
Surface, pleasantly humming as it goes.
It is whirled not on a constant course, but still
Stands in unshivering integrity
For quite some time, meaning nothing perhaps
But being something agreeable to watch,
A silver nearly silence gleaning a still-
ness out of speed, composing unity
From spin, so that its hollow spaces seem
Solids of light, until it wobbles and
Begins to whine, and then with an odd lunge
Eccentric and reckless, it skids away
And drops dead into its own skeleton.