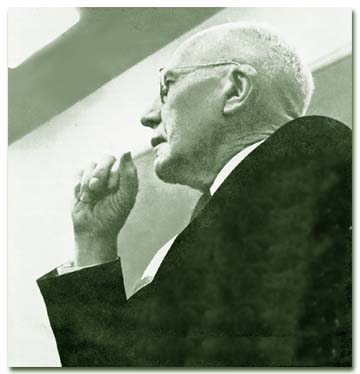 Born in Rich Hill, Missouri, on 19 August 1884, Wieman has often been cited, along with the Jesuit paleontologist, P. Teilllard de Chardin, and the mathematician-philosopher Alfred North Whitehead, as one of the three great pioneers during the first half of the twentieth century who began to forge an interpretation of Western religion that would constructively relate it to contemporary scientific views of the nature of things. All three wrote some of their most creative ideas in the twenties and thirties. Wieman was greatly influenced by Whitehead and also by John Dewey, who were a generation older. But, in his 1917 Ph.D. thesis at Harvard, Wieman was also wrestling with how to interpret human values in the light of contemporary descriptions of man by such scientists as psychologist Edward L. Thorndike and biologist C. J. Herrick. Wieman’s pioneer book was Religious Experience and Scientific Method (Macmillan, 1926), where he firmly held that man’s assertions about religious or God questions must and can be as objectively grounded as are scientific assertions in general. In the Preface he wrote: “The chief purpose of this book is to show that religious experience is experience of an object, however undefined, which is as truly external to the individual as is any tree or stone he may experience.” Wieman tenaciously continued to work out this rationale for religion into his 91st year. Mrs. Wieman told me that two days before his death he was at a meeting presenting his views and responding to critical questions with his usual carefully reasoned enthusiasm. In his Preface to a 1971 reprinting of his first book he wrote: “This book was my first attempt to solve the problem which has engaged the last forty-five years of my life . . .: How can we interpret what operates in human existence to create, sustain, save and transform toward the greatest good, so that scientific research and scientific technology can be applied to searching out and providing the conditions—physical, biological, psychological and social—which must be present for its most effective operation? This operative presence in human existence can be called God ….” 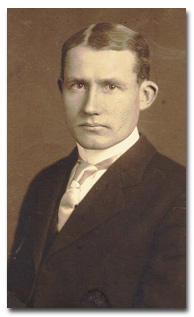 Portrait taken in Germany, circa 1912. Courtesy of Kendra Smith.

Wieman was professor of philosophy at Occidental College from 1917 to 1927; he became professor of philosophy of religion at the University of Chicago Divinity School in 1927, during the heyday of that school’s modernist prominence, and served until 1947, and he was professor of philosophy at the University of Southern Illinois from 1956 to 1966. He was ordained to the Presbyterian ministry in 1912, and while teaching at the University of Oregon in 1949 was asked by a Unitarian clergyman who had been his student why was he not a Unitarian, whereupon Wieman became a member of the church in Eugene. He was fellowshiped as a Unitarian minister in 1950 and was active in the Unitarian fellowship at Carbondale, Illinois, during his residence there from 1956 to 1966. He was the author of many books and journal articles on various aspects of his lifetime efforts to interpret the reality of the “Source of Human Good” in the light of modern knowledge. He was a visiting professor at Meadville/Lombard Theological School in 1967 and the Starr King School for the Ministry in 1968. He was one of the developers of Zygon, Journal of Religion and Science, which grew out of the Isles of Shoals conferences and began publication with the support of Meadville/ Lombard Theological School in 1966. 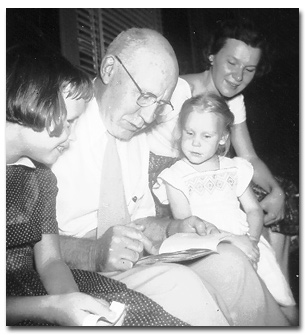 Unlike Teilhard, Wieman’s creative work was not suppressed by his religious order. But, in spite of his considerable impact on many Unitarian Universalist and other liberal clergymen, Wieman’s philosophical theology, like Whitehead’s, was overwhelmed in midcentury by two divergent streams from early twentieth-century religious liberalism. The first stream, stemming from the weakness of Protestant liberalism felt after the First World War, was the rise of a new orthodoxy, which unhitched God from the objective world and religion from the natural sciences. The other stream from the earlier religious liberalism was to abandon God, and even religion, altogether. But two recent trends may augur well for a coming revival of Wieman’s significant contributions. First is the recent and expanding recognition of spiritual needs, which accounts for the rise of all kinds of religious and parareligious cults as well as the wave of interest in Teilhard’s posthumous publications and the revival of Whiteheadian process theology. The second trend is the further advance in our understanding and appreciation of religion in the light of the sciences. These may rekindle a religious faith in the power that in fact creates the good and a new level of human commitment to it. Perhaps Wieman’s summary statement on the concluding page of his The Source of Human Good will soon be recognized as valid: “There is a creative power in history which is able to conquer and to save, but it is not any power of man, even though it works through man. In all times, both good and ill, man must live under its control if history is to be fruitful.” Perhaps, also, some religious institution, “pointing directly to the source of human good and directly to the duty of man to meet its demands with assured promise of growing good when these demands are met, can lead the march of humanity in this time of danger.”

The Confessions of a Religious Seeker by Henry Nelson Wieman