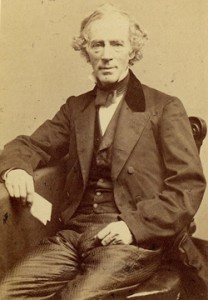 William Newell was born at Littleton, Massachusetts, February 25, 1804. His father, Jonathan Newell, kept the village store. His mother was Nancy Tuttle. When William was still a child, the family moved to Boston, where in 1814 he entered the Latin School. He graduated from the school four years later, when he was fifteen years old, and for his graduating exercise wrote a considerable poem. He at once entered Harvard, and received the Bachelor’s degree in 1824 as the second scholar in his class. For one year he taught in the Boston Latin School, and then entered the Harvard Divinity School, graduating in 1828. Professor Andrews Norton took a deep and permanent interest in his education and welfare, and said that “in the department of belles-lettres he did not know his equal among his contemporaries.” Mr. Newell was marked throughout his life by an exquisite sense of literary propriety. He was much consulted by men of letters, and his appreciation of poetry was peculiarly deep and catholic.

After graduating from the Divinity School, Mr. Newell traveled for some months, and then accepted an invitation to the pastorate of the First Parish in Cambridge. The call to this important church was given partly through the influence of Mr. Norton and the professors of the Divinity School, and also because of the intimate acquaintance which Mr. Newell had formed with many leading members of the parish during his seven years’ residence in Cambridge. He was ordained May 18, 1830. The Cambridge of that time was a rural village grouped about the college buildings and surrounded on all sides by open fields. Connection with Boston was maintained by a single stage, and the fare was twenty-five cents. The fifty years of Mr. Newell’s ministerial life wrought in Cambridge the marvelous changes which have taken place near all the great centers of population in America. The country village has become a great city, and in all these processes of change and readjustment the First Parish and its minister had their part. The parish meetinghouse, at the time of Mr. Newell’s installation, stood on Harvard Square on ground now included in the college yard. In 1832 the parish sold this lot to the college, and received in exchange the lot across the street now occupied by the church, which was built at the expense of the college. The relations of church and college throughout the years of Mr. Newell’s pastorate were intimate, but at the same time productive of more or less friction.

Mr. Newell began his ministry just after a considerable minority of the parish had seceded to organize the Shepard Congregational Society. The controversy in the parish between the orthodox and liberal members had been bitter. The seceding minority went so far as to lodge a protest against the settlement of Mr. Newell on the day of his ordination. Mr. Newell absolutely refused to engage in controversy, and ignored all hostility. As a result of his gentleness, the quarrel soon passed into oblivion.

Dr. Newell (he received the degree of Doctor of Divinity from Harvard in 1853) remained the minister of the First Parish until his retirement, March 31, 1868. He then transferred himself from the pulpit to the pew, and with buoyant and devoted loyalty welcomed the methods and plans of his successor, and aided him materially in the discharge of his duties.

Mr. Newell was married in 1835 to the daughter of William Wells, a distinguished citizen of Cambridge, and his domestic life was singularly sweet and happy. His parish was not an easy one. Certain sections of his congregation were village folk of plain and practical habits. Another section was academic, and cherished a somewhat severe and scrupulous literary taste. Still another section of his auditors then, as now, consisted of retired ministers who had come to settle in the university town. Mr. Newell succeeded to a remarkable degree in satisfying the claims and needs of this diversified congregation. His sermons were simple and direct, and, after the fashion of his time, clothed with literary excellence. If he had not been a successful parish minister, he would have undoubtedly made for himself a name in letters. He was a constant writer of verses, but never cultivated this gift for its own sake, and seldom cared to circulate or copy his verses. In personal intercourse he had a sunny and playful humor, a sweetness of temper and simplicity of manner which diffused sunshine about him. His first sermon in the Divinity School had been on “The Duty of Cheerfulness.” This discourse was periodically rewritten and redelivered throughout his career. In 1870 he added to it the verses on “Serve God and be Cheerful,” and this motto may be considered as the watchword of his life—a lesson constantly repeated in public address and inculcated by the influence of presence and voice. Another of his earliest discourses, on “The Progress of Truth,” presents the quality of his mind—the assertion of absolute liberty of opinion, and the expectation of unlimited progress.

Dr. Newell came to Cambridge in delicate health, and looked forward to a short life. He was never robust, but yet enjoyed unintermitted ability to labor in his vocation until the last year of his life, when he was assailed by a long and exceedingly painful illness. He suffered, however, no old age in his affections, no dimness in the eye of faith, no abatement of cheerfulness. He died in Cambridge on the 28th of October, 1881.