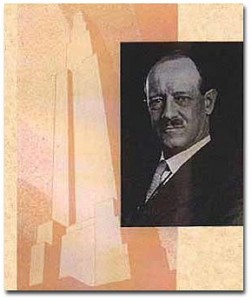 The close of World War I found the M.I.T. Department of Architecture with a new leader, William Emerson, who remained until the beginning of the next war. His span of office, 1919 to 1939, covered a period that brought both opportunities and problems, as he himself wrote many years later. Emerson was a logical successor to the office once occupied by William Robert Ware, as he had studied for two years at Columbia University during Ware’s administration after graduating from Harvard. He then went to Paris for three years of study at the Ecole des Beaux-Arts. Returning to New York City, Emerson opened an office and built numerous private houses and tenements. To the latter he gave much thought and study in order to improve the living conditions of low-salaried workers.

An active member of the American Institute of Architects, Emerson brought to his position two years’ experience as chairman of the Committee on Education.

New subjects were then added to the curriculum: theory of color, architectural administration, architectural humanities, and town planning; others, architectural history and theory of architecture, were transferred to the first year in order to present to the student the essentials of his profession at the very beginning of his career. Architectural humanities, town planning, and landscape architecture formed a group of studies primarily for graduate students.
“That a carefully considered policy in the teaching of design was essential to the future success of the Department was obvious,” Emerson wrote in his first report as head of the Department, “and a matter of agreement between the staff and President Maclaurin.”

In an annual report written toward the end of Emerson’s term as dean, President Compton reviewed the program of the School in relation to the profession of architecture and future requirements of its practitioners. Design was to remain the “central theme of all good architecture,” but it was acknowledged that “the techniques of its application must continually adapt themselves to the evolution of the technical and social environment.” The School had made the last of its four moves into a new building adjoining the Cambridge group in 1938, and President Compton recommended that in its new location closer to the technological and scientific schools of M.l.T., the School “capitalize and coordinate as effectively as possible our existing strong programs in design and in the various technical aspects of construction and equipment of buildings.”

Emerson took initial steps to adjust design courses to conditions encountered in actual practice by means of specialized seminars and projects. The Department of Building Engineering and Construction cooperated in the technical aspects of constructing a Faculty Club. Other problems involved lighting, building materials, and other elements basic to a new theory of architectural design. Emerson sought also to provide opportunities for office experience for undergraduates during the summer months. The conservative ideal of design as the dominant subject in architectural education that had ruled M.l.T., as well as other American schools, was beginning to yield to contemporary trends in actual practice.

During Emerson’s term of office the field of city planning was introduced. The following statements, from a description of courses in city planning published in 1935, described the philosophy of the program:” The purpose of the courses in city planning at the Institute is to provide a basic training in the fundamental principles and technique of city planning and civic design. The curriculum is based on a recognition of the fact that the solutions of all planning problems — whether of city, region, or state — depend on the proper co-ordination of all the factors involved — not only those in the fields of architecture and engineering but also the economic, sociological, and governmental factors.”

In 1938, one year before his retirement, Emerson also saw the completion of a project that he had been urging for ten years. An appropriation was made for first- and second-year students, supervised by faculty members, to buy a plot of land and design a small family house. Every step — surveying the land, preparation of working drawings and specifications, and erection of the house — was student-directed for the purpose of gaining practical experience.

Emerson retired in 1939 after directing the School through twenty years of changes and innovations.

— By Caroline Shillaber, M.I.T. School of Architecture and Planning

The man responsible for development of the Unitarian Service Committee, Dr. William Emerson, died May 4 at the age of 83.

Dr. Emerson was chairman of the USC when it was a standing committee of the American Unitarian Association, from 1940 to 1948. When the USC was incorporated in 1948, Dr. Emerson became president and served until 1953. He was honorary president from 1953 to the time of his death.

Under Dr. Emerson’s leadership, the USC program was established. He is considered the man most instrumental in the development of the committee and its “moving spirit.” 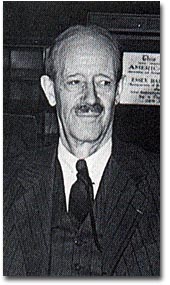 In 1949, Dr. Emerson was presented the first annual AUA award for “distinguished service to the cause of liberal religion.” In 1956, the USC presented him an award for this outstanding service.

An architect, Dr. Emerson specialized in the design of bank buildings and model tenements. As chairman of the educational committee of the American Institute of Architects, he was known for his contributions to architectural education.

During World War I, Dr. Emerson served as director of the Bureau of Construction of the American Red Cross in Paris, and was presented the Chevalier Legion of Honor by the French government.

Dr. Emerson devoted himself to collective security by supporting the League of Nations Association, by helping to organize and serving as chairman of the Committee to Defend America by Aiding the Allies in 1940, and by serving as president of the American Association for the United Nations.

Who’s Who in the New Unitarian Service Committee
from The Christian Register, June 15, 1940 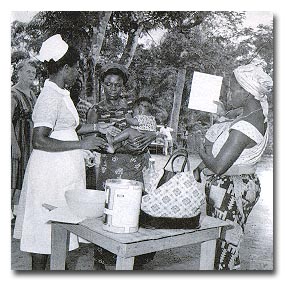 The Unitarian Service Committee in action: mothers and children at a clinic in Nigeria.

The projects of the Unitarian Service Committee are being planned and executed by Unitarians — for men, women and children in need, no matter what their race, nationality, or religious beliefs may be. The Committee is developing important and long-range plans by which it may offer men and women of liberal beliefs opportunity to use their time, energy, and good will in constructive projects for human welfare.

Professor William Emerson, former chairman of the faculty and dean emeritus of the School of Architecture of the Massachusetts Institute of Technology, is chairman of the Committee. Dr. Emerson has done distinguished work in education, architecture, and Red Cross activities. Before the war he specialized in model tenements; and as professor of architecture and dean at Massachusetts Institute of Technology, and advisory architect of Radcliffe College, has been a leader in his field. From 1917-1919, he served as major and director of the Bureau of Construction of the American Red Cross at Paris, and was made a Chevalier in the French Legion of Honor for his services. He is a Unitarian who has expressed the best of social ideals through his profession.