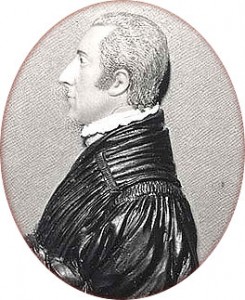 William Emerson was born in Concord, Massachusetts on May 6, 1769. He attended Harvard College, where he graduated in 1789. He went on to become the minister of First Church in Boston.

Emerson was a founder of the Anthology Club, a Boston literary society that included George Ticknor and Daniel Webster, and he wrote articles for the club’s The Monthly Anthology. Their publication was the forerunner of The North American Review, America’s leading literary journal. The Anthology Club’s reading room led to the founding in 1807 of the Boston Athenaeum.

Emerson married Ruth Haskins Emerson on October 25, 1796. Together, they had eight children, including Ralph Waldo Emerson. During William Emerson’s ministry at First Church, the family lived in the parsonage of First Church in Boston, located at Summer and Chauncy Streets, near Boston’s waterfront.

The Biography of Ralph Waldo Emerson