(this article was originally published in the UU World on October 30, 2017; Harvard Square Library is grateful to Tom Stites and the UU World for permission to reprint it here.  The original article can be accessed here).

The Rev. Robert Nelson West, who as president from 1969 to 1977 led the Unitarian Universalist Association through its most tumultuous years, died September 27, 2017. He was 88 years old. 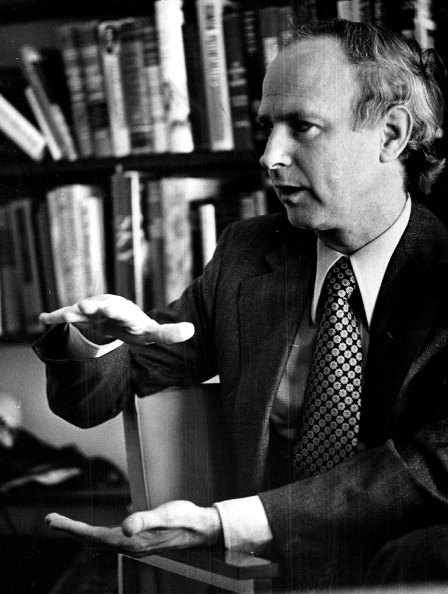 West is widely credited with averting a UUA bankruptcy after being confronted by debt he didn’t know about when he was running for office, for setting and following rules for a balanced and sustainable budget, for making the drastic staff reductions that a balanced budget demanded, for calming internal struggles, and for leaving his successor a strengthened Association on an even keel.

“What we do now would not be possible without Bob West’s preservation of our Association,” said UUA President William G. Sinkford at the 2004 General Assembly, when he presented West with the Award for Distinguished Service to the Cause of Unitarian Universalism.

BOB WEST LED THE UUA THROUGH A STORMY PERIOD

In the midst of the turmoil he faced, West also made milestone programmatic decisions, including establishing the Office of Gay Concerns; authorizing the UUA’s first religious education curriculum on sexuality, the precursor of today’s popular Our Whole Lives; and launching a newspaper that was sent free to all members of all UUA congregations—the progenitor of UU World—with the aim of strengthening the new denomination through stories that all UUs shared.

The General Assembly that elected West came at a time of confrontational politics, both in the nation and in the UUA. Protest against the Vietnam War was overtaking the civil rights movement; in the UUA, factions with opposing ideas about how best to work for racial justice were in passionate struggle. At GA that year, emotions got so intense that to silence an opponent one delegate took the microphone and wouldn’t return it, and later one faction—hundreds of delegates—walked out.

And that was just the beginning.

The UUA was less than a decade old, and fragile. West succeeded the UUA’s first president, the Rev. Dana Greeley, who had taken office when the American Unitarian Association and the Universalist Church of America consolidated in 1961. Greeley had an expansive and optimistic vision for the new denomination and spent freely in pursuit of it. Shortly after West took office, he discovered that a bank was threatening to call a big loan and there was no money to pay it back. Bankruptcy was looming.

The new president, a soft-spoken and courtly native of Virginia who then was only 39 years old, persuaded the bankers not to call the note. To create a balanced budget, he cut it by 40 percent, eliminating almost half of the staff positions, consolidating eight headquarters departments into five, and replacing the twenty-one district offices with seven interdistrict executives.

He faced ferocious backlash from people angered by the staff reductions. Many black UUs felt betrayed by his proposal to change the timeline from four to five years for the distribution of $1 million the 1968 General Assembly had promised to the Black Affairs Council. And one day in 1971 he picked up the telephone and learned that the Nixon administration was threatening him and the UUA because he had approved Beacon Press’s publication of a book version of the Pentagon Papers, a secret government study that detailed how successive presidents had misled the American public about the Vietnam War.

In the words of the 2004 Distinguished Service Award citation that honored West:

Despite the draconian financial decisions he had to make, Bob always kept his eyes on the larger social goals and purposes of liberal religion. While it appeared to many that Unitarian Universalism retreated from engagement with the difficult issue of race, he kept faith with the quest for racial justice. He had the great courage to publish the Pentagon Papers. He left the finances of the Association sound and the spirit of our faith renewed enough so that his successors could begin the process of rebuilding.

In reading the award citation, Sinkford offered West not only thanks for all he had accomplished but also an apology for the abuse he’d had to absorb from UUs who disliked the decisions he had made.

West was born and grew up in Lynchburg, Virginia, and graduated from Lynchburg College. It was there that he met Nancy Smith, who became his wife of sixty-five years; after graduation, they moved about 25 miles south to her hometown of Altavista, and West went to work at Nancy’s father’s insurance agency. They discovered the Unitarian church and, their son Thomas West said, Nancy encouraged Bob to explore the ministry. In 1954 he entered the Starr King School for the Ministry in Berkeley, California, where he received a Master of Divinity degree in 1957. He received honorary Doctor of Divinity degrees in 1970 from Meadville Lombard Theological School in Chicago and in 2013 from Lynchburg College.

West was ordained in 1957 by the first church he served, Tennessee Valley Unitarian Church (now UU) in Knoxville. After six years he was called to First Unitarian Church of Rochester, New York. In both cities, West was an outspoken leader in justice causes, including separation of church and state, civil rights and racial equality, and opposition to the Vietnam War.

From a sermon by West describing his participation in the 1963 March on Washington:

I walked in a group of one thousand Unitarians and Universalists massed together as a unit. It is known that there were at least 700 more Unitarians and Universalists included in delegations from individual cities. I felt privileged to spend that day on the Mall in the company of Unitarian ministers from Birmingham, New Orleans, Chattanooga, Atlanta, Nashville, Oak Ridge, and Lynchburg—as well as from the North, Midwest, and California.  It was difficult to suppress a lump in one’s throat as a hundred and fifty Negroes from Albany, Georgia marched by and later 300 from Alabama and a group from Clarksdale, Mississippi and Wilmington, North Carolina and Danville, Virginia—places known for jailings and brutality and the perseverance of their Negro citizens.

He entered the 1969 race for UUA president after other leaders urged him to run, prevailing over six other candidates.

West was burned out by his eight years as president. The strain—of cutting the staff, of dealing with angry backlash, and of weathering the racial justice argument while the Vietnam War split many congregations—took so much of a toll that he considered not running for a second term. But, he told an interviewer, he decided that it would be irresponsible to step down without finishing what he’d started. After his second term, he and his family moved to London for a year to regain their calm.

West never returned to the active ministry, and he distanced himself from the UUA. He worked as a management consultant, then served as executive director of two Boston law firms. He retired in 1993.

West was drawn back into the UU conversation after agreeing to be interviewed for The Premise and the Promise, a 2001 Skinner House book marking the UUA’s fortieth anniversary. The author, the late Warren Ross, was a UU World contributing editor who had served on the UUA board during West’s presidency. UU World published excerpts from the book, and suddenly West was in demand. 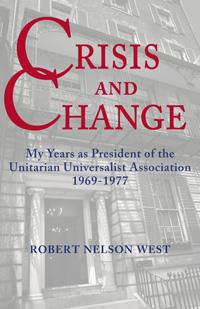 The next year, he spoke at a Boston gathering looking back on Beacon Press’s publication of the Pentagon Papers. And the year after that, at his first General Assembly in a quarter century, he told the story of his tumultuous terms to an audience of hundreds. He published a memoir about his time as president, Crisis and Change, in 2007.

For more about West’s role in the Beacon Press publication of the Pentagon Papers and the subsequent harassment of the UUA, click here

Asked the source of his father’s managerial genius, which blossomed at the UUA despite work experience confined to a small-town insurance agency and two churches, Thomas West pointed out that Bob grew up with eight siblings and a mother who assigned roles to each and made the family run like a clock.

He is survived by children Robert Jr., Charles, Thomas, and Mary Catherine Pinto; four grandchildren and a great-granddaughter; and a sister, Rilla Krebbs. His wife Nancy, a professional pianist with whom he sometimes played four-handed piano, died in 2016.