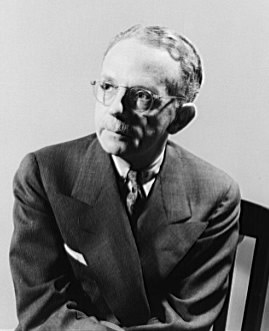 Walter White was one of the most important civil rights leaders of the first half of the twentieth century. As executive secretary of the National Association for the Advancement of Colored People (NAACP), White spearheaded a national effort to achieve political, economic and social rights for African Americans.

White, whose blond, blue-eyed looks belied his African American ancestry, was born in Atlanta, Georgia. Following graduation from Atlanta University in 1916, he worked for an insurance company. His civil rights career began when he organized a protest against the Atlanta Board of Education’s plan to drop seventh grade for black students in order to finance the building of a new white high school. After founding the Atlanta branch of the NAACP, he moved on to become assistant secretary for the organization’s national staff in 1918. By 1931, he had become executive secretary, the highest position in the organization. During this period, White also wrote several books, including two novels, The Fire in the Flint (1924) and Flight (1926), as well as a study of the factors behind lynching, Rope and Faggot: A Biography of Judge Lynch (1929).

As leader of the NAACP, White led the fight for anti-lynching legislation—a cause he was intimately familiar with, having investigated more than forty such deaths. During his tenure, the NAACP also launched major legal campaigns to end white primaries, poll taxes and segregated housing and education.

With A. Philip Randolph, he persuaded Franklin D. Roosevelt to issue an executive order in 1941 prohibiting racial discrimination in defense industries and establishing the Fair Employment Practices Commission. His work as a foreign correspondent during World War II resulted in another book, A Rising Wind (1945), which exposed the discrimination black soldiers faced and influenced President Harry Truman’s 1948 order desegregating the armed forces. That same year he also persuaded Truman to appoint a presidential committee on civil rights. The committee’s report became the basis of the Democratic Party’s platform plank on civil rights in 1948. White remained executive secretary of the NAACP until his death.