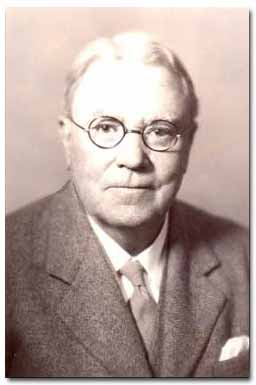 Walter Bradford Cannon was born in Prairie du Chien, Wisconsin, on October 19, 1871. From his early years, he exhibited acumen in the biological sciences. As a youngster, he read about the debates between traditionalists and Darwinists, especially those involving William Wilberforce, bishop of Oxford, and Thomas Huxley. During his high school years the perceived conflict between science and religion so affected him that he eventually announced that he no longer believed in the ideals of the Calvinist church, the faith of his family. He was subsequently referred to a minister, about whom he later remarked, “The clergyman in the church took precisely the wrong course in dealing with my difficulties; he wanted to know what right I had, as a mere youth, to set up my opinion against the opinion of great scholars who supported the church’s doctrines. This appeal to authority did not impress me at all, because I knew that there were great scholars in the opposition. Furthermore, I had the feeling that I was entitled to my independent judgment.”

At this difficult time in his young life, Cannon found friendship in the person of Samuel McChord Crothers, a Unitarian minister who had had a similar experience, and who advocated the “freedom of the human soul.” He would subsequently adhere to the Unitarian faith. Cannon’s interest in science and liberal religion only increased as he immersed himself in the writings of Darwin, James Martineau, and James Freeman Clarke.

By the end of his high school career, Cannon had distinguished himself academically, and was prepared to attend Harvard College in 1892. Because of his interest in the biological sciences, he decided to pursue a preparatory course for medical school.

By 1896, Cannon had been accepted at Harvard Medical School. He started working in the lab of Henry Pickering Bowditch during his first year, and investigated swallowing and stomach motility using the X-ray technique. The results of his research were published in the first American Journal of Physiology, in 1898. In 1900 Cannon received his medical degree, joined the American Physiological Society, and became an instructor in the Department of Physiology at the Harvard Medical School.

Although he sometimes found navigating the social scene at Harvard to be harrowing, Cannon was able to depend on friends from his past to support him. He married a longtime friend, Cornelia James, on June 25, 1901. In 1902 Cannon became an assistant professor of physiology, and Bowditch’s retirement in 1906 provided a new opportunity for him. He succeeded Bowditch as the George Higginson Professor of Physiology and became the chair of the department, a position he would hold until 1942. 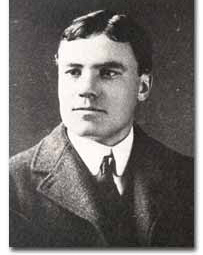 Cannon’s research became more involved at the beginning of the 20th century, particularly at the outset of World War I. From 1914 to 1916, he served as president of the American Physiological Society and concentrated on traumatic shock, a major issue for soldiers, writing in 1915 Bodily Changes in Pain, Hunger, Fear, and Rage. In 1923 his Traumatic Shock postulated that traumatic shock was caused by blood being drained into the dilated capillary region, a phenomenon for which he coined the term exemia. The treatment of shock, he argued, should concentrate on reinstating normal circulation. Also well documented is his research on the sympathetic nervous system and neurochemical transmission of nerve impulses. He also discovered the adrenalin-like hormone, sympathin.

Dr. Cannon exhibited his unusual integrity in accepting an invitation to address the International Physiological Congress in Leningrad in 1935. He stated, “During the last few years how profoundly and unexpectedly the world has changed. Nationalism has become violently intensified until it is tainted with bitter feeling. The world-wide economic depression has greatly reduced the material support for scholarly efforts. What is the social value of the physiologist or biochemist? He went on to decry the recent university closings and general lack of attention to proper education. In 1943, he defied Soviet-American tension by receiving the presidency of the American Soviet Medical Society in 1943.

Those close to Cannon knew of his humanitarian nature. Among the causes he espoused were the Loyalist struggle in Spain, and aid to the Chinese. As a Unitarian, he felt that it was his duty to speak and act against what he identified as injustice. When he died on October 19, 1945, Dr. S. B. Wolbach, a pathology professor, offered in tribute that Cannon was “competent in the highest degree to appraise character and achievement, praise often came from him, condemnation rarely—and was never expressed at large. His geniality, quick wit, and delightful sense of humor enlivened any group he chanced to join and made him the best of companions on all occasions.” 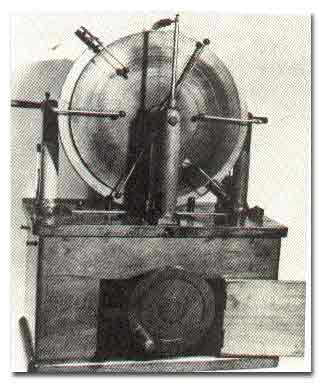 Early X-ray equipment of the type used by Dr. Cannon.

Over the years, stimulated by an ongoing dialogue about my father’s work with his biographers, I have come to appreciate more fully his contributions to stress, psychophysiology, and psychosomatic medicine. Although it may seem strange for a surgeon to address research relating to the field of stress, I have a front-row seat for observing my father’s widespread interests and activities in several different spheres of knowledge. Moreover, my professional education and experience have provided a meaningful framework for understanding his work, which permits me to offer some thoughtful reflections. Here is a summary of his life of contrasts and contributions.

Although not a radiologist, he learned to use primitive X-ray equipment to perform his early studies.

Although not a gastroenterologist, he made significant contributions to understanding the mechanical factors of digestion.

Although not an endocrinologist, he alerted the profession to the functions of the adrenal medulla and its allied sympathetic nervous system in the maintenance of homeostasis.

Although not a neurologist, he clarified the role of the hypothalamus in emotional states and proved the chemical mediation of autonomic nerve impulses across the synapse.

Although not a psychiatrist, through his research, summarized in his classic Bodily Changes in Pain, Hunger, Fear and Rage, he contributed to the development of modern psychosomatic medicine.

Although not a clinical surgeon, he carefully observed the nature of traumatic shock and thus paved the way to a better understanding of this ominous emergency. 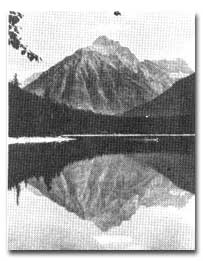 Although not a psychologist, he clarified the pathways of emotional responses and proved the error of the James-Lange theory.

Although not a politician, he suggested corrective measures for instability in the body politic and became a public defender of medical research, mobilizing the profession to apprise legislators of the fruits of animal experimentation, and to defeat efforts by the anti-vivisectionists to curb by legal action the use of animals for scientific investigation.

Finally, although not mountaineers, he and my mother on their honeymoon were the first to reach the summit of an unclimbed peak at the head of Lake McDonald in what is now Glacier National Park. It was subsequently named Mount Cannon by the United States Geological Survey!

— From “Walter Bradford Cannon: Reflections on the Man and His Contributions,” International Journal of Stress Management, Vol.1, No. 2, 1994.

My father’s career as an experimental physiologist was extremely fruitful throughout the thirty-six years of his professorship at the Harvard Medical School, with over four hundred graduate students and colleagues working and collaborating in the physiological laboratory during that span.

As a medical student my father had found medical textbooks hard going and sleep inducing and had observed with some envy the enthusiasm of his roommate, a student at the Harvard Law School, where the case system of study was being used. Recognizing the similarity between medical and legal case histories, as a Medical School senior in 1900 he wrote an article suggesting that hospital records should be used to teach medicine. In the years that followed, his suggestion was acted upon, and the case system of teaching became an integral feature of medical education. 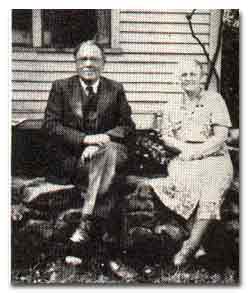 His early studies of the mechanics of digestion and the gastrointestinal tract led eventually to his studies of the effects of the emotions on the body. As he wrote in his autobiography, The Way of an Investigator: “The whole purpose of my effort was to see the peristaltic waves and to learn their effects. Only after some time did I note that the absence of activity was accompanied by signs of perturbation, and when serenity was restored the waves promptly reappeared. This observation, a gift for my troubles, led to a long series of studies on the effects of strong emotions on the body. The idea flashed through my mind that [these changes] could be nicely integrated if conceived of as bodily preparations for supreme effort in flight or in fighting. The inhibition of digestive activity by emotional excitement was an interruption of a process which is not essential in a life-or-death emergency and which uses a supply of blood urgently needed elsewhere.”

On the basis of these experiments carried on over a period of years, he wrote Bodily Changes in Pain, Hunger, Fear and Rage. Over the years a large body of research was carried on in his laboratory on the emergency function of the sympathetic-adrenal mechanism and finally on the eventual chemical mediation of nerve impulses.

In the early thirties, as the result of his conviction that “it is important that science be understood in a democracy,” he wrote The Wisdom of the Body, a fascinating description of the factors involved in the preservation of the internal equilibrium of the body, which he called “homeostasis.” The book often reads like a book of wonders as it describes the extraordinarily complex internal world of the human animal and the mechanisms by which the body acts to maintain the balance essential for continuing existence. How, for example, the water, sugar, and salt content of the blood is kept constant; how the body temperature, exposed to great fluctuations from within and without, maintains constancy; how in case of an emergency in many organs, the margin of safety to draw on is often fifteen times that necessary for rectification. He describes how the processes of repair and adjustment go on independently of conscious thought, triggered by an incredibly sensitive system of automatic indicators, which set the corrective process in operation.

A Scientist Answers: How Shall One Live?
By Karl Deutsch

In this vivid and thrilling autobiography, Dr. Cannon, for four decades professor at Harvard Medical School and author of internationally standard works on physiology, has left us far more than a firsthand account of what goes on in the hearts and minds of pioneers in medical research. This intellectual and moral testament of one of America’s leading men of science answers the question: “How shall one live?” 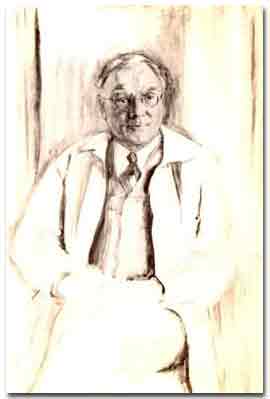 He brings home the moral responsibility of each scientist to take his place in action as a citizen and leader in the great political and spiritual decisions of our time. Dr. Cannon believes that the degree of scientific insight and healing power achieved today in medicine may be in time paralleled by the social sciences for the body politics.

The wider issue of the true nature and effectiveness of the scientific method has important implications for liberal religion. It is the business of ministers of religion, as well as of laymen, to bring the moral demands and prophetic insights of religion to bear upon the complex facts of mankind’s suffering and dangerous present. But in order to accomplish his task we must be able to find out just what the true facts are. We must all of us become more skilled in the methods of fact-finding investigation. In this sense every pioneering advance in the natural and social sciences, as well as every human record of a great investigator, throws down a challenge to all of us who care for a living liberal religion as a major force the reconstruction of a peaceful world.

— From Deutsch’s 1946 Christian Register review of Dr. Cannon’s autobiography, The Way of the Investigator. 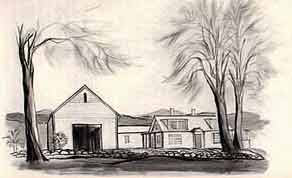 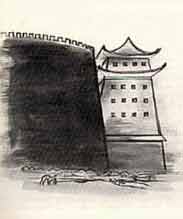 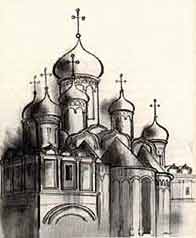 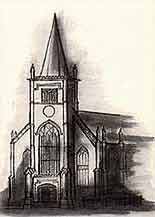 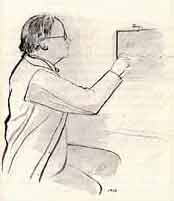