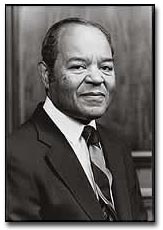 Almost as a matter of course, many Boston Latin graduates go on to illustrious and rewarding careers. What is not at all usual is to be so respected and revered that your name is inscribed in gold on the upper frieze of the Boston Latin School auditorium. There is room for only 38 names on that list and the final spot was given to Wade Hampton McCree Jr. ’37, who passed away in 1987. He joins such luminaries as John Hancock, Joseph Kennedy and Leonard Bernstein.

Well-respected for his impressive career and his integrity, McCree has always been known as a groundbreaker. He was a member of Phi Beta Kappa and graduated summa cum laude from Fisk University in 1941. After a four-year stint in the Army during World War II, he graduated from Harvard Law School in 1948. At a time when some lunch counters wouldn’t serve black people, McCree became the first African-American judge appointed to the U.S. Court of Appeals for the 6th Circuit and the second African-American solicitor general in the history of the United States. McCree came from a long line of people determined to have an education despite all difficulties. His grandmother, Martha Hale McCree, a widow of a Union soldier with 13 children to support, worked in food services at Fisk University in Tennessee and encouraged her children to attend college. McCree’s father was one of her three children to attend Fisk, working as a butler to pay for school. 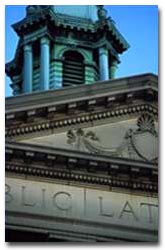 There McCree Sr. met his future wife, Lucretia “Lulu” Harper. They married and settled in Des Moines, Iowa, after he received a degree in pharmacology at the University of Iowa. He opened what is believed to be the first drugstore in Iowa owned by an African-American. After World War I, McCree’s father switched gears and worked for the Federal Narcotics Service. In 1924 he became the narcotics agent in charge of Hawaii. Again, this was a first for an African-American. After being transferred to Chicago, McCree Sr. requested to be moved to Boston so his five children could benefit from the superior education offered by the public schools. And so they did.

McCree Jr.’s younger brother, James said his brother received the Latin School’s Patrick Thomas Campbell Prize for being the student who showed the greatest improvement between junior and senior years. His sister, Catherine McCree Barthwell, said she can remember helping with his “memory work” every night. He could recite those passages of Greek and Latin his entire life, to the amazement of friends and colleagues. McCree, like his father, worked various jobs to help pay for college. 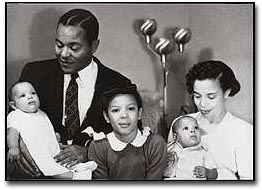 After graduating 12th in his class from Harvard Law School in 1948 and passing the bar exam, McCree and his wife, Dores, a Simmons graduate, moved to her hometown of Detroit. There, McCree entered into private practice at the legendary black law firm of Bledsoe & Taylor. In 1953 he was appointed to the Workman’s Compensation Commission by Governor G. Mennen Williams. Two years later he became the first African-American to be named a judge of the Circuit Court for Wayne County, Mich. After that it was onward and upward.

President John F. Kennedy appointed him to the U.S. District Court for the Eastern District of Michigan in 1961, another first for an African-American. In 1966 President Lyndon B. Johnson appointed him to the U.S. Court of Appeals for the 6th Circuit. He served there until 1977, when he left to become solicitor general of the United States, the second African-American to hold that office – Supreme Court Justice Thurgood Marshall was the first. President Jimmy Carter, who nominated McCree to the post, said at his memorial service that McCree was “a true American hero.”

Called the “10th Justice,” McCree served as solicitor general for four years. He stepped down in 1981 to become the Lewis M. Simes Professor of Law at the University of Michigan, a position he held until his death. As solicitor general, McCree personally argued 25 cases in the U.S. Supreme Court, including the Richard Nixon presidential tapes case and the Bakke “reverse discrimination” case.

McCree’s list of accomplishments is impressive, to be sure, but how he did it and how he influenced others by his actions and words is equally impressive. Rather than worry about obstacles imposed because of discrimination, McCree worked to make equality a reality. McCree taught his three children to be aware of history and race, but not to dwell on it, said his eldest daughter Kathleen Lewis. She and her brother chose law as their careers, too. 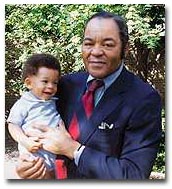 Lewis, an appellate lawyer in Michigan and recently nominated by President Clinton to the same U.S. Court of Appeals post her father once held, said education was “critically important” to her father. She said expanding opportunities for everyone was vital to him and he felt education was an “obligation to yourself.”

When Lewis was denied entrance into an all-girls school in Detroit based on her race, her father founded the independent, interracial Friends School of Detroit in 1965. Although built too late for Lewis to attend, her younger sister did. Later, McCree helped found the Higher Education Opportunity Committee, which identifies worthy students in middle school and provides them with college scholarships. The statewide program in Michigan was renamed for him after his death. Lewis says that to this day people come up to her and relate how her father impacted their lives. “He gave wonderful advice,” said Lewis. “He listened uncritically.” Her sister, Karen McCree, a librarian at Time Warner in New York, agrees. “He showed everyone respect. He was admired even by his opposition.”

Wade Harper McCree, Karen’s twin brother and a judge in Detroit, said their father was “gracious to all” and quoted a proverb by which the elder McCree lived. He carries it written down, but his father had it memorized: “Resolve to be tender with the young, compassionate with the aged, sympathetic with the striving and tolerant of the weak and the wrong. Sometime in life you will have been all of these.”

The Plaque on Beacon Hill

At the headquarters of the American Unitarian Association in Boston, the Dining Room of Eliot House features a plaque whose inscription includes these lines:

Dores McCree (b. 1920) and Wade McCree (1920-1987) met while she was a student at Simmons College and he was at Harvard Law School. Dores remembers him as a confident man intent upon achieving an understanding of the world and its people.

“His mother was a teacher of Latin and Greek” Dores recalls.

Wade and Dores were devoted members of Detroit’s First Unitarian Universalist Church and Wade served as vice moderator of the UUA in 1965-66.