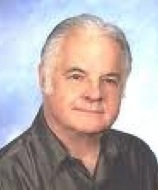 Unitarian Universalist Herbert Bielawa studied composition at the University of Illinois and earned his Doctor of Musical Arts degree in composition at USC. At the Aspen School he worked with Darius Mihaud, Lukas Foss, and Elliott Carter. He was composer-in-residence for the Spring Branch School System in Houston under the Contemporary Music Project in the 1960s, where he wrote music for the ensembles of seven local high schools. He was a professor for twenty-five years at San Francisco State University where he founded the contemporary performing group Pro Musica Nova, created the electronic music studio, and developed courses for the computer music major. His most recent music commissions were from Meet the Composer, the American Guild of Organists and Earplay. From 1991 until late in life, he was composer-in-residence for the Unitarian Universalist Church of Berkeley, California and founding director of Sounds New, a San Francisco Bay Area new music ensemble.

Bielawa studied composition at the University of Illinois under Burrill Phillips, Gordon Binkerd, and Robert Kelly. He earned his Doctor of Musical Arts degree in composition at the University of Southern California where his teachers were Ingolf Dahl and Halsey Stevens. At the Aspen School he worked with Darius Mihaud, Lukas Foss and Elliott Carter. He was composer-in-residence for the Spring Branch School System in Houston under the Contemporary Music Project from 1964 to 1966. There he wrote music for the ensembles of seven local high schools. In 1975 he was the composer-in-residence for the San Francisco Summer Music Project sponsored by the San Francisco Symphony and the School District. More recent residencies were in 2000 for the San Francisco Choral Artists and in 2005 for the Unitarian Universalist Church of Berkeley, California. He also had several artist residencies including Villa Montalvo and Briarcombe in California, and the MacDowell Colony in New Hampshire. Bielawa had commissions from Meet the Composer, the Minneapolis Convention Center, the San Francisco School of the Arts, the American Guild of Organists, Earplay, and the Fine Arts Museum of San Francisco, organist Pamela Decker and Dutch pianist Monique Copper. Some of the soloists who have performed his works are hornist Barry Tuckwell, sopranos Darleen Kliewer, Anna Carol Dudley, Marian Marsh and Judy Hubbell; baritone, Eric Howe; pianists Jerry Kuderna, Karen Rosenack, and Marvin Tartak; and organists Sandra Soderlund, Alexander Post, Delbert Disselhorst, Pamela Decker and John Fenstermaker. His music was also performed by the San Francisco Girls Chorus under Elizabeth Appling and Sharon Paul, North/South Consonance under Max Lifchitz, the San Francisco Choral Artists under Magen Solomon, Earplay, and Sounds New.

As a pianist Bielawa earned his bachelor’s and master’s degrees at the University of Illinois under Soulima Stravinsky and Claire Richards. He performed with the university orchestra and in ensembles as pianist and conductor at San Francisco State. His interest in American music, particularly that of women, led to a series of concerts of music by Amy Beach and himself with soprano Darleen Kliewer in 1986 and 1987. As a member of the Ilona Clavier Duo with keyboardist Sandra Soderlund, he performed as a soloist and in duo music for combinations of clavichord, harpsichord and piano. He also performed with Sounds New, a Bay Area new music ensemble.

Bielawa was a member of the faculties of Bethany College in Lindsborg, Kansas, and of San Francisco State University. From 1991 until late in his life, he was a free-lance composer and pianist living in Kensington, California.