Eva Kendrick is a versatile composer and vocalist. She writes in many genres including opera, chamber music, song cycles, electroacoustic music, and film music. She is on the faculty at the Community Music Center of Boston, is the Music Director at First Parish Medfield, maintains a private voice studio, and is in high demand as a freelance composer. 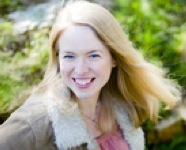 A professional vocalist, she has performed with light opera companies in New England and California and has won several awards, including first, second and third prizes in NATS (National Association of Teachers of Singing) Competitions in Providence and Boston. Voice teachers include Shigemi Matsumoto, Noel Velasco, and Karyl Ryczek. She frequently performs works by other local composers such as Chris Eastburn, Elizabeth Knight, and Miriam Miller. She also writes for and performs with a contemporary folk band, Anne’s Cordial.

She received a B.M. in Vocal Performance from Rhode Island College and attended the Summer Training Congress at the Tony Award-winning American Conservatory Theatre in San Francisco. She received an M.M. in Composition with Distinction from the Longy School of Music in 2006, where she studied with composer John Howell Morrison.

Recent premieres include “Disir,” a chamber work for voice and harp based on the Norse Poetic Edda, and “Songs of Anxiety,” a song cycle for child soprano and xylophone, both of which premiered at the John Kleshinski Faculty Concert Series in November, 2008. Other premieres in 2009 include a piece for cello and prepared harp for the New Gallery Concert Series, a piece for the female a cappella quartet Anthology, and a chamber work for Dinosaur Annex and the Community Music Center of Boston Wind Ensemble, for the Sixth Annual Young Composers Festival Concert.

In 2009, the Anne’s Cordial EP was produced and released. Kendrick is currently working on several recording projects, including recordings of her original songs and a professional studio recording of “Disir,” due for release in 2010.