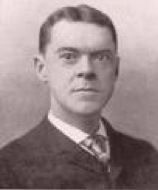 Arthur Foote (5 March 1853 – 4 April 1937) was an American classical composer, and a member of the “Boston Six.” The other five were George Whitefield Chadwick, Amy Beach, Edward MacDowell, John Knowles Paine, and Horatio Parker.

The modern tendency is to view Foote’s music as “Romantic” and “European” in light of the later generation of American composers such as Aaron Copland, Roy Harris and William Schuman, all of whom helped to develop a recognizably American sound in classical music. In some sense, then, he is to music what American poets were to literature before Walt Whitman.

Foote was an early advocate of Brahms and Wagner and promoted performances of their music. Foote was an active music teacher and wrote a number of pedagogical works, including Modern Harmony in Its Theory and Practice (1905), written with Walter R. Spalding. It was republished as Harmony (1969). He also wrote Some Practical Things in Piano-Playing (1909) and Modulation and Related Harmonic Questions (1919). He contributed many articles to music journals, including “Then and Now, Thirty Years of Musical Advance in America” in Etude (1913) and “A Bostonian Remembers” in Musical Quarterly (1937).

A good part of Foote’s compositions consists of chamber music and these works are generally among his best. The Chamber Music Journal, discussing Foote’s chamber music, has written, “If his name is not entirely unknown, it is fair to say that his music is. This is a shame. Foote’s chamber music is first rate, deserving of regular public performance.” His Piano Quintet, Op.38 and Piano Quartet, Op.23, are singled out for special praise. With regard to the Piano Quintet, the author writes, “Each of the movements is a gem. The Scherzo is particularly fine and the rousing finale beyond reproach. I believe that the only reason this work never received the audience it deserved and deserves is because it was written by an American who was ‘out of the loop.’” As for the Piano Quartet, the opinion is that “it is as good as any late 19th century piano quartet.”